Wholesale Prices Were Flat In May

Inflation at the wholesale level stayed unchanged in May as food and energy prices slipped. 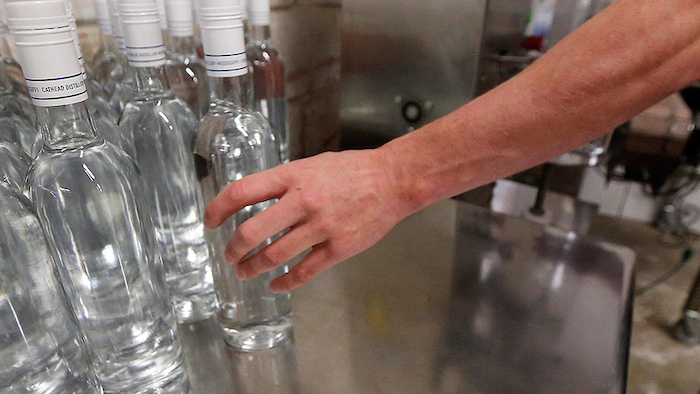 WASHINGTON (AP) — Inflation at the wholesale level stayed unchanged in May as food and energy prices slipped.

The Labor Department said Tuesday its producer price index, which measures inflation before it reaches the consumer, was flat in May after a 0.5 percent monthly gain in April. Over the past 12 months, producer prices have risen 2.4 percent — with rising gasoline and natural gas costs being a key driver.

A rebound in energy prices and other commodities over the past year had been pushing producer prices higher. But the trend weakened slightly in May ahead of the Federal Reserve's June meeting on Tuesday and Wednesday to assess the possibility of raising a key interest rate in response to the relatively strong job market.

Most analysts believe the Fed will agree on Wednesday to raise the federal funds rate — what banks charge each other for short-term loans. This would likely make it slightly more expensive to borrow and could dampen inflation if the rate continues to increase.

The federal funds rate has been unusually low. The Fed cut it to a record low near zero during the 2008 financial crisis and kept it there for seven years to boost the economy and prevent deflation from taking hold. But since December 2015, it has been cautiously raising rates, moving its key rate up three times in small quarter-point steps.

Many analysts expect the Fed to raise rates a total of three times this year. That would compare to only single increases in both 2015 and 2016.

For producer prices, energy and food costs weakened in May, a break from the 12-month trend.

Energy prices fell 3 percent in May, while food costs ticked down 0.2 percent. Prices did rise for services such as car rentals and retailing clothing, jewelry, footwear and accessories.

Core inflation at the wholesale level, which excludes food, energy and trade services, fell 0.1 percent in May but rose 2.1 percent over 12 months.

They are essential for electric vehicles, wind power and the nation's defense.
Apr 6th, 2021
Follow Us
Most Recent