Trump Pledges To Make US Infrastructure 'Envy Of The World'

Trump announced that the administration was creating a new council to help project managers navigate the bureaucratic maze. 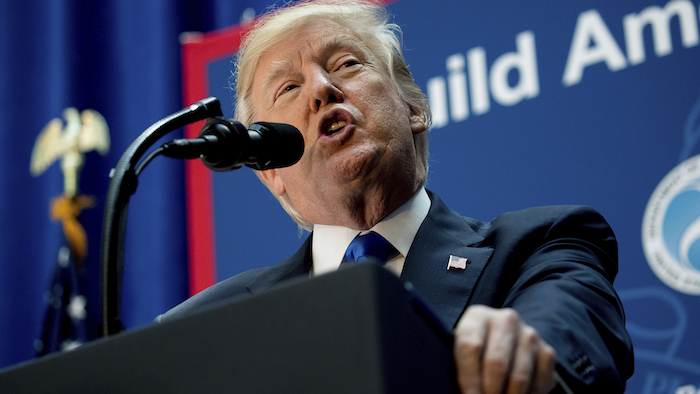 The president visited the Transportation Department to highlight his goal of making it easier to build such projects. Trump said the permitting process takes too long, costing time and money. He pledged that "my administration is committed to ending these terrible delays once and for all."

Underscoring the point, Trump flipped through the pages of a pair of thick binders that held the environmental impact statement for a Maryland highway. With the dramatic flair of the reality TV star he used to be, Trump dropped each binder to the floor with a loud thud after he thumbed through them.

He said the "nonsense" paperwork in the binders could be replaced with far fewer pages and "it would be just as good."

"These binders also make you do unnecessary things that cost billions and billions of dollars and they actually make it worse," Trump said during a short speech to an audience that included Transportation Secretary Elaine Chao, Interior Secretary Ryan Zinke, lawmakers and department staff.

Trump announced that the administration was creating a new council to help project managers navigate the bureaucratic maze, and to help improve transparency by creating an online system where projects can be tracked through every step of the approval process. 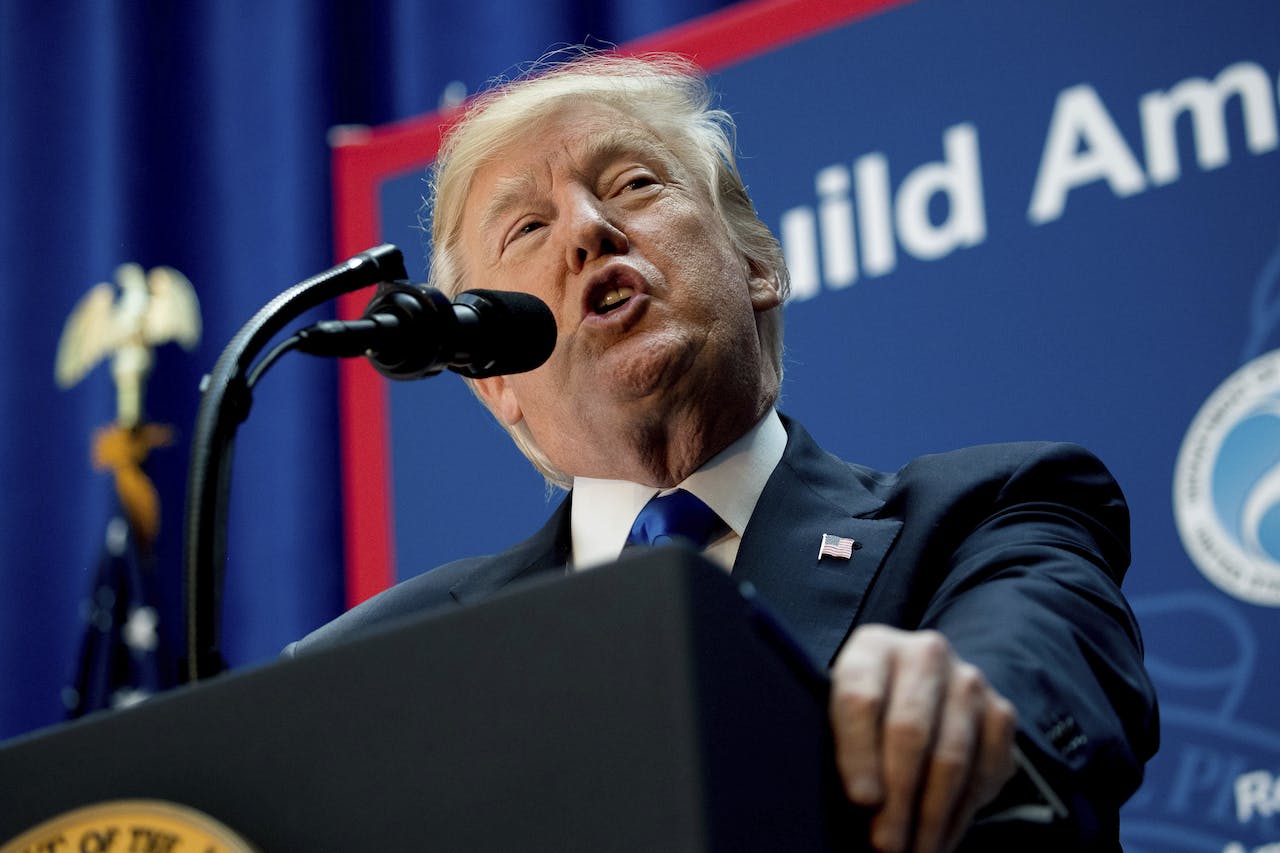 Trump also said a new office within the Council of Environmental Quality will root out inefficiencies, clarify lines of authority and streamline federal, state and local procedures to help communities modernize aging infrastructure.

At a roundtable discussion with state transportation officials before the speech, Trump said aging U.S. systems were being "scoffed at and laughed" and he pledged that they "will once again be the envy of the world."

In an attempt to show a focus on and forward movement on his agenda, Trump spent much of the week promoting a vague plan to pay for infrastructure projects by using $200 billion in government money to attract enough private investment to swell the pot to $1 trillion.

But former FBI Director James Comey's testimony to the Senate intelligence committee about his interactions with Trump has swamped news coverage of the president's "infrastructure week." Trump fired Comey last month over the FBI's investigation into potential ties between Trump campaign associates and the Russian government. The U.S. government says Russia sought to influence the 2016 presidential election to help Trump win.