The U.S. economy grew at an anemic 1.9 percent rate in the fourth quarter, unchanged from an initial estimate, although consumers performed better than first thought. 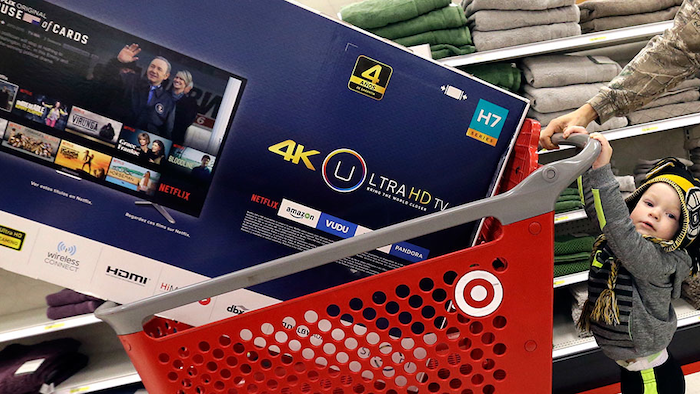 WASHINGTON (AP) — The U.S. economy grew at an anemic 1.9 percent rate in the fourth quarter, unchanged from an initial estimate, although consumers performed better than first thought.

The increase in the gross domestic product, the broadest measure of economic health, represented a significant slowdown from 3.5 percent growth recorded in the third quarter, the Commerce Department reported Tuesday.

The fourth quarter figure was unchanged from the first estimate a month ago, although some of the components were revised. The government found that consumer spending grew at a faster rate, but spending by state and local governments and businesses equipment purchases were weaker.

Growth for 2016 overall was just 1.6 percent, the poorest showing in five years. Since the recession ended in mid-2009, annual growth has averaged 2.1 percent, the worst performance for any recovery in the post-World War II period.

President Donald Trump vowed during the campaign to double economic growth to 4 percent or better. He said his economic program of tax cuts, deregulation and increased spending in such areas as the military and infrastructure would boost the economy back to growth rates not seen on a sustained basis in decades.

However, Trump's Treasury Secretary Steven Mnuchin has cited a lower projection. He has said he believes the Trump program would achieve growth 3 percent or better and that the improvements would likely not be felt until 2018, after the Trump program had been enacted.

Even a 3 percent growth goal is viewed by many economists as overly optimistic, given the headwinds the economy faces including an aging workforce and disappointing productivity gains.

At the moment, many economists are forecasting growth for this year of between 2 percent and 2.5 percent. Some say growth could hit 3 percent in the second half of the year if elements of Trump's economic program such as the middle-class tax cuts win approval in Congress by this summer.

Paul Ashworth, chief U.S. economist at Capital Economics, said that even with the fourth quarter slowdown, the second half of 2016 was much better than the first half, with encouraging signs from business and consumer surveys.

"The marked improvement in the survey evidence recently suggests that growth will continue at a decent pace in the first half of this year," he said, predicting GDP growth of 2.5 percent in the first quarter.

While the overall GDP figure in the fourth quarter was unchanged, the report Tuesday did show revisions to various components. Consumer spending, which accounts for 70 percent of economic activity, was revised to show solid growth at a 3 percent rate, up from an initial estimate of 2.5 percent growth.

The release Tuesday was the second of three estimates the government releases for GDP performance each quarter.

Trump was expected to unveil details of his economic plans before a joint session of Congress on Tuesday night. The budget portion of that program will feature a $54 billion boost in military spending. The extra spending is intended for new aircraft, ships and fighters and will be paid for with $54 billion in cuts in domestic programs and foreign aid.

The Federal Reserve has raised interest rates twice in the past two years but Fed officials have signaled that rates could increase three times this year as the economy moves closer to the Fed's goals for employment and inflation.