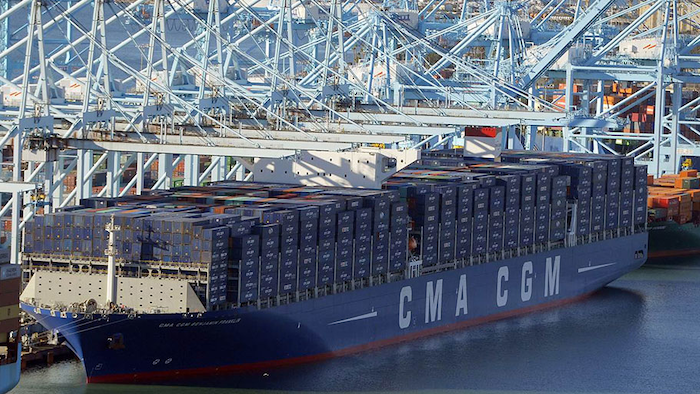 And no one is sure what will replace them.

The void risks intensifying uncertainty at home and abroad. Without knowing whether trade will be disrupted, business people in the United States and abroad could be forced to rethink their plans.

"The big problem comes when there is uncertainty," says Marcus Moufarrige of Servcorp, a company in Sydney, Australia, that sells office space and technology services abroad. "Uncertainty stops businesses from making decisions. It stops everything."

For now, stock prices are soaring as investors focus on Trump's pledge to cut taxes and business regulations. But his break with the past is raising worries among some. Fitch Ratings, for instance, warns that the uncertainty surrounding Trump's policies poses global risks — from disrupted trade relations to confrontations that unnerve investors.

The president's hostility toward existing trade deals and suspicion of long-term allies is also leaving a vacuum in global leadership — one that China seems eager to fill. President Xi Jinping last month became the first Chinese head of state to attend an annual gathering of business elites in Davos, Switzerland. Xi used the occasion to declare China a champion of free trade, usurping the traditional U.S. role as the leading booster of globalization. China, the world's leading exporter, wants to expand its global influence.

Trump has offered few details of his trade plans, beyond pressuring U.S. companies to keep or create jobs in America, taking a tougher line in forging deals and slapping tariffs on nations that are deemed to exploit the United States.

"There's not a lot of substance to his policies," says Gordon Hanson, director of the University of California San Diego's Center on Global Transformation. "It consists of two things: Jaw-boning corporate America — 'create more jobs here or else' — and across-the board trade protectionism."

Companies heavily involved in imports or exports can't easily develop their business plans without knowing what specific moves Trump will embrace or achieve.

— Will Trump insist on taxing imports if he doesn't get the concessions he wants from America's trading partners?

— If America abandons existing agreements, would allies trust it to adhere to any new trade deals?

— Would Trump risk igniting a trade war whereby other countries impose retaliatory taxes and sanctions on U.S. goods? Will America's old alliances endure? If not, what replaces them?

Trump argues that the existing order has short-changed America — especially blue-collar U.S. workers — exposing them to unfair competition with low-wage foreign laborers and to unjust trade practices by China and others.

The result, he said in his inaugural speech, is "rusted-out factories scattered like tombstones across the landscape of our nation."

"From this day forward," Trump declared, "it's going to be only America first."

His words resonate among communities that blame low-wage foreign competition for the loss of 4.8 million US. factory jobs since 2000 and among families whose incomes have stagnated.

Trump has pulled the United States out of a 12-nation Asia-Pacific trade accord negotiated by the Obama administration. He's intent on renegotiating a pact with Mexico and Canada — and dumping it if he can't improve the version in place since 1994. He's questioned NATO's usefulness, considered slashing America's financial contribution to the United Nations and bickered with allies Mexico and Australia.

Critics say Trump is tearing down an international system that nurtured peace after World War II, encouraged global commerce, lifted much of East Asia out of poverty and empowered the United States to become the world's leading superpower.

"This is the biggest reversal we've had since World War II," says Adam Posen, president of the Peterson Institute for International Economics, a think tank that promotes free trade. "It does have echoes of the '20s and '30s, when the U.S. said, to its detriment, that everyone else is ripping us off."

In Roseville, Illinois, a soybean and corn farmer named Ron Moore had expected to benefit from the Trans-Pacific Partnership with 11 Asia-Pacific countries. The TPP would have pried open Japan's market to more U.S. farm exports, thereby benefiting U.S. cattle and hog farmers. Moore provides feed to those livestock producers.

"It was going to add value to my soybeans," says Moore, whose soybeans are shipped down the Mississippi River to New Orleans and often on to China and other foreign markets. "We're a little disappointed."

The TPP had stalled in Congress. But Trump officially pulled out of the deal, saying he could do better by negotiating with countries one on one. Some critics backed his argument. They argued that the TPP would have killed American jobs by exposing U.S. workers to low-wage competition in Southeast Asia.

But the TPP was also a diplomatic effort to counter China's influence in Asia. Now, writes economist Gareth Leather at Capital Economics, "the demise of the TPP has created an opportunity for China."

"Who will negotiate with us if we renege on our deals?" asks Hanson of the University of California San Diego.

Also in Trump's crosshairs: The North American Free Trade Agreement with Mexico and Canada, which he's called the worst trade deal the United States has ever negotiated. Trump says he wants to renegotiate NAFTA or scrap it. He's also threatened to tax U.S. companies that move to Mexico and ship goods back to the U.S.

Since NAFTA took effect 23 years ago, the U.S. trade gap with Mexico has surged as factories moved south of the border to capitalize on cheaper Mexican labor.

Some analysts echo Trump's criticism that existing trade deals have hurt many Americans.

But U.S. exporters benefited from Mexican purchases, too. And many companies have built complex supply chains that span the U.S.-Mexico border. Pulling out of NAFTA would threaten their operations.

Trump says his shift in policy —along with big tax cuts and looser regulation — would restore countless factory and mining jobs. Most economists are skeptical. If the U.S. imposes taxes on Chinese and Mexican imports, they warn, those countries would impose taxes of their own on U.S. exporters. The result could be a job-killing trade war.

Even if Trump does draw some factories back to America, he'd face another problem: They aren't the huge employers they used to be. American factories produce more than twice as much as they did when manufacturing employment peaked in 1979 — with fewer than two-thirds the workers.

"The jobs we lost in manufacturing were in 20th century factories that employed lots of people," UC San Diego's Hanson says.

It would also be hard to undo decades of globalization. In 1960, trade — exports and imports combined — equaled 9 percent of U.S. economic output. By 2015, it was 28 percent, according to the World Bank.

"It sounds good: America First," says Ron Moore, a farmer who is president of the American Soybean Association. "But we live in a global economy nowadays."