U.S. manufacturers cranked out more steel, machinery and electronics last month as factories appear to be rebounding after two years of stagnation. 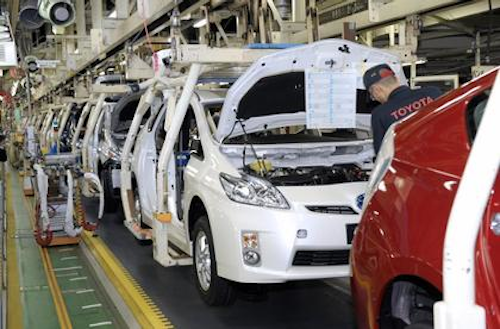 WASHINGTON — U.S. manufacturers cranked out more steel, machinery and electronics last month as factories appear to be rebounding after two years of stagnation.

The Federal Reserve says factory output rose 0.2 percent in January, its second straight increase. While modest, the gain is equal to the industry's growth in all of 2016.

Oil and gas drillers cut back on building new rigs after energy prices plunged two years ago. That caused orders for steel pipe and other drilling equipment to plummet. Weak overseas economies in Europe and China also cut into exports. Yet those trends have largely reversed.