U.S. stock indexes mounted a broad comeback Tuesday as investors set aside their anxiety over Britain's vote to leave the European Union and snapped up shares following a two-day rout. 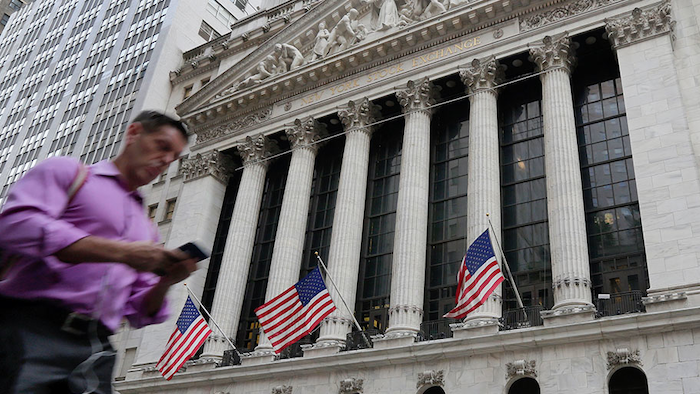 U.S. stock indexes mounted a broad comeback Tuesday as investors set aside their anxiety over Britain's vote to leave the European Union and snapped up shares following a two-day rout.

Encouraging data on the U.S. economy and housing market helped put traders in a buying mood. The broad rally followed even bigger gains in Europe, which also bounced back from the steep losses triggered by Britain's "leave" vote last Thursday.

"We were due for a bounce heading into the morning; we had a couple of tough days there," said Sean Lynch, co-head of global equity strategy at Wells Fargo Investment Institute. "Investors are stepping up and seeing some areas that may have been oversold the past couple of days and redeploying some of their cash."

Despite the rebound, the three indexes remain on track to end June in the red. They're also down for the year.

The euro and the British pound recovered somewhat, though the pound remained near the 30-year lows it plunged to immediately following the British "leave" vote.

Uncertainty and anxiety over the economic fallout from Britain's vote to leave the European Union had roiled global financial markets since Friday and prompted ratings agencies to slash their top-shelf credit rating for the U.K.

Investors appeared to shake off their some of their jitters Tuesday. British Prime Minister David Cameron signaled he might not trigger a clause setting in motion the U.K.'s exit from the EU before October.

In the U.S., investors got a batch of encouraging economic data to consider.

The Commerce Department raised its estimate of U.S. economic growth in the first three months of the year. Separately, a key gauge of home values showed U.S. home prices climbed in April, hitting record highs in several cities. In addition, the Conference Board said its measure of U.S. consumer confidence increased this month to the highest level since October.

"Obviously, the market isn't very receptive to uncertainty, but in some ways this uncertainty is providing the possibility and the consideration that what happened in the U.K. isn't necessarily reflective of, or an indicator of, a recession, especially here in the U.S. as well as globally," said W. Janet Dougherty, a global investment specialist at J.P. Morgan Private Bank.

Xencor vaulted 32.1 percent after the drugmaker announced a partnership with Novartis to develop two cancer drugs. The stock rose $4.02 to $16.56.

Earlier in Asia, markets bounced back from early losses as leaders signaled they were ready to step in with support policies. Japan's benchmark Nikkei 225 index climbed 0.1 percent, while South Korea's Kospi added 0.5 percent.

Hong Kong's Hang Seng Index was a laggard, losing 0.3 percent. It was dragged down by companies with high exposure to Europe, such as billionaire tycoon's Li Ka-shing's CK Hutchison Holdings, which has British retail, ports and telecom investments and fell 1.7 percent.

Bond prices fell. The yield on the 10-year Treasury note rose to 1.46 percent from 1.44 late Monday.