The U.S. economy grew slightly faster at the start of the year than previously estimated, even though consumer spending posted the smallest gain in two years. 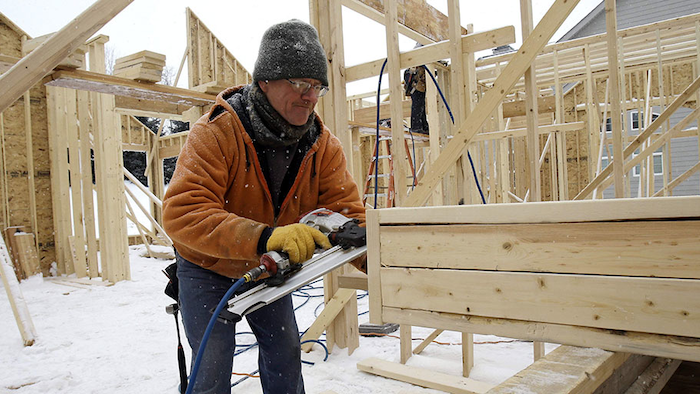 WASHINGTON (AP) — The U.S. economy grew slightly faster at the start of the year than previously estimated, even though consumer spending posted the smallest gain in two years.

The gross domestic product expanded at an annual rate of 1.1 percent in the first quarter, an improvement from the 0.8 percent rate released last month, the Commerce Department reported Tuesday.

The revision reflected stronger export sales and less drag from business investment. Offsetting those gains, consumer spending growth was revised down to 1.5 percent. That was the weakest showing since the first quarter of 2014.

While growth prospects for the spring look even better, the shockwaves from Britain's decision to leave the European Union could spread to the U.S. economy in coming months. Economists forecast growth of around 2.5 percent in the current quarter.

The boost in export sales helped to turn trade from a drag on growth into a small positive to growth of 0.1 percentage point. The weaker consumer spending primarily reflected a slowdown in services such as health care.

Economists are looking for a similar outcome this year with analysts predicting growth in the current quarter will be more than double the first quarter pace.

Analysts had been expecting further acceleration in the second half of this year, with some economists predicting growth could rise close to 3 percent. However, after the vote in Britain, many analysts have trimmed their forecasts for the second half to between 2 percent to 2.5 percent growth due to turbulence in financial markets that could depress consumer and business confidence. They also believe U.S. growth will be hurt by a further rise in the value of the dollar, which will hurt exports.

The Dow Jones industrial average fell 611 points on Friday, the first trading day after the British vote, the biggest loss since last August. The Dow fell another 260.51 points on Monday.

The impact from the British vote is expected to keep the Federal Reserve on hold. The Fed raised its key policy rate by a quarter-point in December and had expected to raise rates another four times this year. But after markets went into a tailspin at the beginning of the year, the Fed moved to the sidelines.

Various Fed officials a month ago had signaled they could be ready to raise rates again in June but then a dismal May jobs report put the Fed back on hold. While some economists had forecast a possible July rate hike, the British vote has many analysts believing the Fed could leave rates unchanged for the entire year or at most will hike only one time, probably in December.