U.S. businesses expect their sales will rebound in the next three months after a sluggish first quarter, and they also plan to boost hiring and pay, according to a survey released Monday. 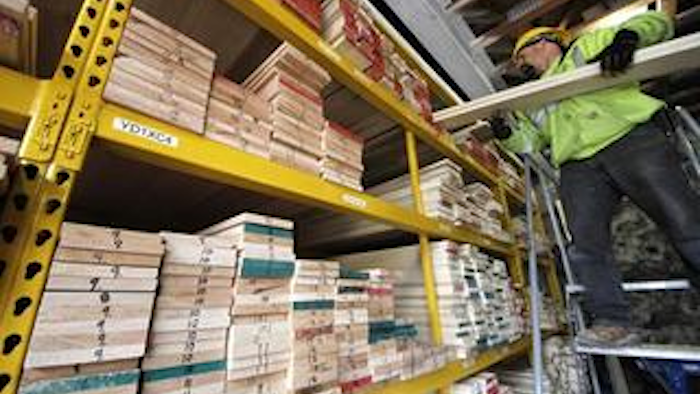 Washington, D.C. — U.S. businesses expect their sales will rebound in the next three months after a sluggish first quarter, and they also plan to boost hiring and pay, according to a survey released Monday.

Just 49 percent of firms said their sales increased in the first three months of the year from last year's fourth quarter. That's down from 54 percent that reported higher sales in the last survey, in January.

Yet companies are much more bullish about the April through June quarter. Nearly three-quarters of companies forecast higher sales over the next three months, up from 68 percent in January and just 54 percent in October.

The results suggest that weak growth in the first three months of the year may prove temporary. Harsh winter weather, labor disputes at West Coast ports that slowed shipping and a jump in the value of the dollar likely held economic growth to a 1 percent annual pace, or below, from January through March. Yet most economists expect growth to accelerate in the second quarter.

"Growth in the first quarter appears to be an outlier within the broader economic outlook," said John Silvia, chief economist at Wells Fargo.

Silvia is also president of the National Association for Business Economics, which conducted the survey covering 77 companies in the second half of March. The companies surveyed represent a broad cross-section of industries — including manufacturing, construction, finance, hotels and restaurants — with nearly half having more than 1,000 employees and a quarter having fewer than 10.

Another sign of confidence in the economic outlook: The percentage of firms that said they raised pay in the January-March quarter soared to 45 percent, up from 31 percent in January and 35 percent a year earlier.

And 46 percent plan to boost pay in the second quarter, a sign that the weakness in the first quarter hasn't caused them to cut back on salaries. Still, the finding clashes with government measures of pay, which show that average hourly earnings have risen just 2.1 percent in the past 12 months. That's the same sluggish pace that has persisted since the recession ended in 2009.

There is little sign of a hiring pullback either. Just over a third of firms said they added workers in the first quarter, similar to the percentage that did so in the previous four quarters. And 41 percent expect to hire more staff in the April-June quarter, up modestly from 36 percent in January.

The survey did find some weak spots. Companies were much less likely to step up spending on computers, industrial machinery, and communications gear in the first quarter. Just 38 percent did so, down from 51 percent in January and the weakest showing in a year.

And the dollar's rise in value has harmed some companies. The dollar is up about 28 percent against the euro in the past six months and 18 percent compared with Japan's yen. That makes U.S. exports to Europe and Japan more expensive, and also makes profits earned from U.S. companies' overseas operations worth less when translated into dollars.