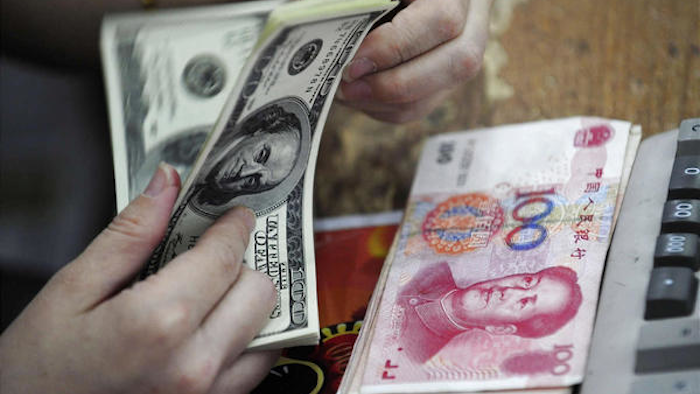 Scott Paul, president of the Alliance for American Manufacturing, warned supporters in an email this week that the White House and lawmakers are "closer than ever" to an agreement on the Trans-Pacific Partnership and that they "don’t have much time" to ensure it protects U.S. trade.

"U.S. manufacturing can benefit from trade agreements like the TPP, but only if the rules are fair," Paul wrote. "That means our trading partners shouldn’t be allowed to manipulate their currency or dump their unwanted products into our market."

The AAM, founded in part by the United Steelworkers union, echoed concerns from other unions about the effects of currency manipulation, particularly by China and Japan.

They alleged those countries artificially depress the value of the yuan and yen, respectively, in order to make their goods more attractive against foreign competitors. Those groups also argued currency manipulation contributed to China and Japan ranking first and second among U.S. trade deficits with foreign nations.

The U.S. Commerce Department reported this week that the country's overall trade deficit dropped by nearly 17 percent in February compared to January, but observers attributed that to the effects of a labor dispute that hurt import numbers at ports on the West Coast. Economists, meanwhile, expected a stronger dollar to take a toll on U.S. exports this year and increase the trade deficit.

The push from labor groups comes amid a sustained effort by the Obama administration to receive Trade Promotion Authority from Congress. That would enable the White House to negotiate pacts in Asia and Europe while limiting Congress' ability to alter final agreements.

Defense Secretary Ashton Carter said this week that failure to finalize the Trans-Pacific Partnership between the U.S. and 11 other Pacific nations would "take ourselves out of the game" in Asia, while U.S. Trade Representative Michael Froman touted the agreement's potential impact on agricultural exports.

The issue, however, split Washington along unusual lines. Many Republican critics of the president support such trade agreements, while numerous lawmakers in Obama's own party remain skeptical about previous pacts.