The seemingly exponential advance of technology easily conjures visions of a cleaner, more advanced future. But according to reports, those visions are largely built upon the work at a "dystopian and horrifying" industrial ecosystem deep within China's interior. 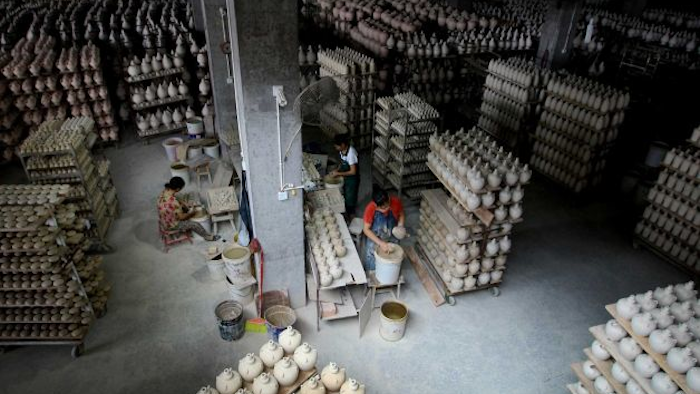 But, as a BBC report shows, those visions are largely built upon the work at a "dystopian and horrifying" industrial ecosystem deep within China's interior.

British writer Tim Maughan joined a studio called the Unknown Fields Division on its travels throughout the world's high-tech supply chain, a journey that brought him to Baotou, China, a city of more than 2.5 million near the Mongolian border.

Baotou sprung up from its 1950 population of less than 100,000 due to its proximity to the Bayan Obo mines, which contain an estimated 70 percent of the world's reserves of "rare earth" minerals.

Those minerals -- a group of 17 elements that, despite the name, are relatively common in the Earth's crust -- power a wide range of tech gadgets and industrial components, and China produces nearly all of the world's supply.

Maughan, however, suggested that China's market dominance "is less about geology and far more about the country’s willingness to take an environmental hit that other nations shy away from."

The process of refining those metals gives the state-owned Baogang Steel and Rare Earth complex the feel of "hell on Earth," Maughan wrote.

With the complex's massive skyline of smokestacks and cooling towers looming in the distance, Maughan described a network of pipes relentlessly pumping toxic runoff into a man-made lake of "sludge." Testing later showed the lake included radiation at about three times that of background levels.

"Our lust for things like smartphones, flat-screen televisions and ironically, even 'green technology,' is what's created this lake," Maughan told "Good Morning America."