Orders to U.S. factories for long-lasting manufactured goods fell in February for the third time in the past four months, while a key investment category fell for a sixth month. 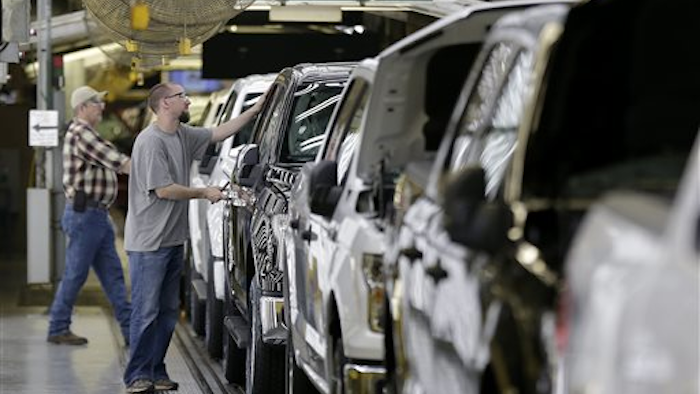 Washington, D.C. — Orders to U.S. factories for long-lasting manufactured goods fell in February for the third time in the past four months, while a key investment category fell for a sixth month.

The weakness in February was widespread, with weaker demand for commercial aircraft, autos and machinery. The result adds to a slew of disappointing data from recent economic indicators. Economists, however, expect domestic demand to strengthen in the months ahead and hope that will be enough to offset weakness caused by a stronger dollar, which dampens export sales of U.S. companies.

Paul Ashworth, chief U.S. economist at Capital Economics, blamed some of the weakness to the big plunge in energy prices, which has led to cutbacks in drilling plans by oil and gas companies. But he noted one sign of encouragement — business surveys of investment spending plans have improved significantly in recent months.

"We would expect to see a rebound in equipment investment in the second quarter," Ashworth said.

Many economists are looking for manufacturing orders to start strengthening following a stretch of weakness in the second half of last year. They believe the end of harsh winter weather and the resolution of a labor dispute at West Coast ports, which caused supply disruptions, should help.

They expect strong consumer spending, powered by a year of healthy job gains, will boost domestic demand and help to offset global weakness and the strong dollar.

Growth in the overall economy slowed significantly in the October-December quarter, with a widening trade deficit trimming growth by more than a percentage point.

The government will release its third and final estimate of economic growth in the fourth quarter on Friday. Analysts expect growth will be revised slightly to a rate of 2.4 percent, up from the previous estimate of 2.2 percent. But that would still leave the economy expanding far below the 5 percent rate in the third quarter. And economists believe growth has remained sluggish in the current January-March period at around 2 percent.