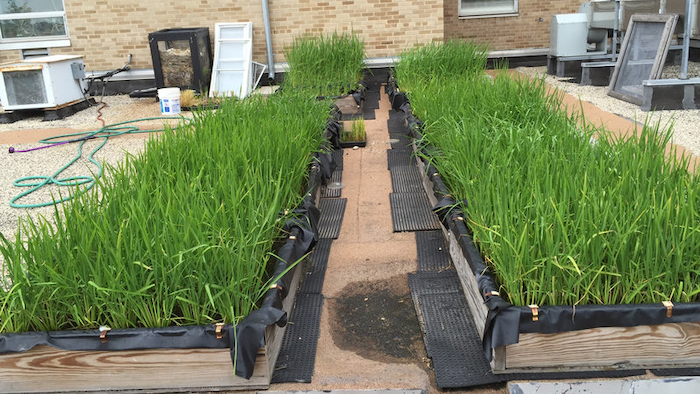 This year, Schlappi planted a Russian variety called Krasnodarsky 3352 on a farm located about 30 miles north of the city.

Although he tested the crop in a variety of conditions on the small plot — seeds versus seedlings and flooded versus dry paddies, for example — Schlappi said that the plants largely flowered on time and that he should be able to harvest the rice before winter settles in.

Schlappi next hopes to expand the crop from its current third of an acre to a full acre, which he said would produce about 8,000 pounds of rice.

Experts said that experiments with different crop strains could provide additional food security as the planet adjusts to climate change.

Most rice currently produced in the U.S., according to NPR, comes from California and Arkansas. Rice cultivation requires large amounts of water, however, and California is battling an unprecedented drought.