Weakness in trade has fueled doubts Beijing can hit its economic growth target this year of about 7 percent. 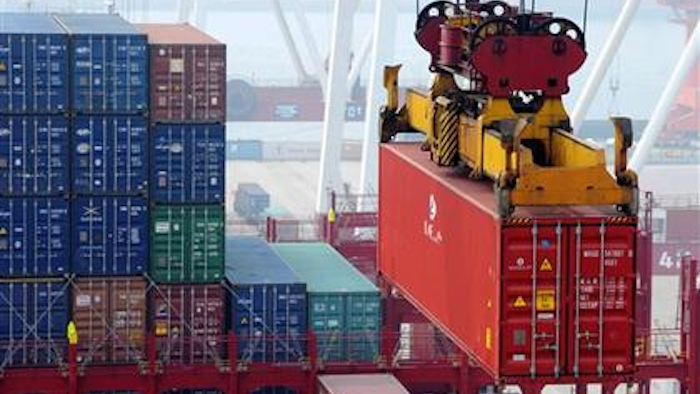 China's imports fell by an unexpectedly wide margin in September in a new sign of weakness in the world's second-largest economy.

Imports plunged 20.4 percent from a year earlier to $145.2 billion, customs data showed Tuesday, worse than August's 5.5 percent decline and analysts' expectations of about 15 percent. Exports shrank 3.7 percent, though that was an improvement from the previous month's 13.8 percent decline.

Weakness in trade has fueled doubts Beijing can hit its economic growth target this year of about 7 percent.

Much of China's slowdown over the past five years was self-imposed as the ruling Communist Party tries to steer the economy to more self-sustaining growth based on domestic consumption instead of exports and investment. But the past year's unexpectedly deep decline has raised fears of politically dangerous job losses.

Beijing has cut interest rate five times since November and boosted spending on public works construction. Economic growth held steady in the quarter ending in July at 7 percent. But that was the lowest rate since the 2008 global crisis and analysts said a Chinese stock market boom that pushed up activity in financial industries concealed weakness in other sectors.

"Import growth appears to have come in weaker than expected," Julian Evans-Pritchard of Capital Economics said in a report.

"This suggests that domestic demand may have softened," though the decline partly reflects lower prices for imports, he said. "Import volumes are holding up much better."

The country's trade surplus with the European Union was $14 billion and that with the United States $26.5 billion.

Communist leaders want to reduce reliance on exports, but their plans call for trade to hold steady to protect millions of manufacturing jobs.

For the first nine months of the year, exports were down 1.9 percent and imports by 15.3 percent. That makes it unlikely Beijing can meet its trade growth target of about 6 percent for the year.

The year-to-date decline in trade suggests "this sector is in recession," Citigroup economist Minggao Shen said in a report. "However, there is a better chance that we're probably near the trough level of growth and may expect better readings" in the current quarter.

Some analysts had suggested September trade would improve over August because that month's activity was disrupted by an explosion in Tianjin, one of China's busiest ports, and government-ordered factory shutdowns for a military parade in Beijing.