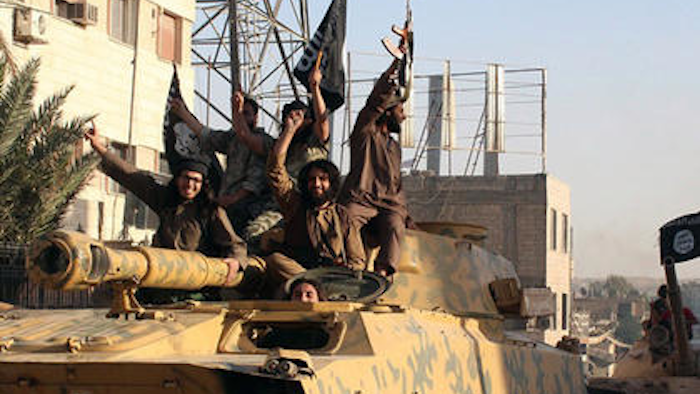 The Islamic State is considered the richest terrorist organization in the world. Most of its money comes from taxing its citizens. But trading oil and antiques on the black market is also a significant money maker — so much so that as Russia has begun a military effort to combat ISIS in Syria, the U.S. is looking for ways to dismantle the money trail leading from the oil fields to the black market to the terrorist group’s bank.

383,000 barrels = The pre-war daily output of oil from Syria, during which time, oil exports brought in about $3 billion a year on sales mostly to Europe. But after 2011, the U.S. and EU banned Syrian oil exports.

20,000 barrels = The post-war daily output of oil in Syria as of June 2015. After losing control of its oil fields to ISIS, the Syrian government is now importing crude from Iran to make up for the massive loss in oil production.

75,000 barrels = The estimated daily output capacity of oil from Syria’s largest oil field – Omar. Syria has never been one of the world’s biggest producers of oil, but it does have the most significant oil reserves of the Eastern Mediterranean region including Jordan, Lebanon, Israel and Palestine.

11 = The number of oil fields in Syria and Iraq that had been seized by ISIS as of last year. A few weeks ago, activists in Syria reported that ISIS captured the last oil field under the control of President Bashar Assad’s government.

$1.2 billion = The total estimated earnings by ISIS in 2014. Its biggest income comes from taxing the roughly 8 million people under its control, but it also generates money from internet cafes, exporting fruits and vegetables, selling electricity and gas to the Syrian government through ISIS-controlled dams and gas fields, along with selling drugs, alcohol, cigarettes and ancient artifacts on the black market. Even with its diversified revenue stream, with thousands fleeing Syria for Europe, some predict ISIS could soon be facing a money problem.

$100 million = The estimated earnings ISIS got from illegally selling oil in 2014. Most of the oil sales are to local traders who cover domestic needs, but many believe the country’s crude is also smuggled to Turkey.

$500 million = The annual income one analyst says ISIS is now getting from selling illicit oil. Meanwhile, the State Department, estimates that ISIS has reaped about $8-10 million a month in oil and gas smuggling. While estimates about this point vary, most tend to favor the State Department’s lower numbers.

$5 million = The reward the U.S. government is now offering anyone who can give information that will help disrupt ISIS’ illegal sales of oil and antiques.

$48.55 = The per-barrel price of Brent crude as of Wednesday. The price jumped 32 cents after Russia announced a bombing campaign in Syria.