Shell's decision gives advocates on both sides a chance to pause and consider whether Arctic drilling should continue, said Mike LeVine of the ocean-advocacy group in Juneau known as Oceana. 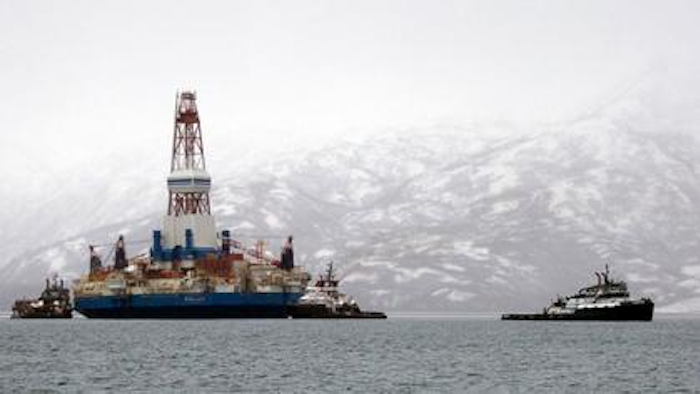 Royal Dutch Shell's decision to end its quest for oil in the Arctic waters off Alaska sparked jubilation among environmental activists, who said Tuesday that they will seize the opportunity to seek an end to all drilling to in the region.

But while Shell's move is a definite setback for oil companies, it does not mean offshore drilling is dead or that the Arctic Ocean has any greater protection now than it had last week.

Shell's decision gives advocates on both sides a chance to pause and consider whether Arctic drilling should continue, said Mike LeVine of the ocean-advocacy group in Juneau known as Oceana.

"Meaningful action to address climate change is almost certainly going to mean we can't keep looking for oil in remote and expensive places," LeVine said. "Rather than investing in programs like this, we need to figure out how to transition away from fossil fuels and toward sustainable energy."

Shell announced Monday that it would abandon exploration in U.S. Arctic waters "for the foreseeable future" after a well drilled this summer in the Chukchi Sea off the Alaskan coast failed to find natural gas and oil in sufficient quantities.

Royal Dutch Shell PLC spent more than $7 billion on Arctic offshore development in the Chukchi and Beaufort seas and was dogged at every regulatory level by environmental groups, which feared that a spill in the harsh climate would be difficult to clean up and devastating to polar bears, walruses, seals and other wildlife.

The next step for many environmental advocates is to establish "some sort of binding policy so that these decisions are not up to oil companies," said Cassady Sharp, spokeswoman for Greenpeace USA in Washington, D.C.

Over the summer, Greenpeace protested drilling by boarding a Shell vessel as it crossed the Pacific. The group helped organize on-the-water demonstrations in Seattle by "kayaktivists" in kayaks. Protesters with climbing gear hung suspended from a bridge in Portland, Oregon, to briefly delay a Shell support vessel from departing for the Chukchi Sea.

"I think the activism played a huge role and probably a bigger one than Shell is going to admit," Sharp said.

Greenpeace remains opposed to Arctic offshore oil development and will turn its attention to other Alaska leases and potential drilling in other countries, she said.

"We don't want to get too confident and assume no company is going to move forward," she said.

The U.S. Geological Survey estimates that American Arctic waters hold 26 billion barrels of conventionally recoverable oil. That's considerably more than the 17 billion barrels of crude that moved through the trans-Alaska pipeline from 1977 through 2014.

Miyoko Sakashita, oceans director for the Center for Biological Diversity, said Shell's experience and public pressure may serve as a warning message to other companies. However, Arctic offshore drilling is by no means over.

The Department of Interior continues to evaluate Arctic-specific exploratory drilling regulations. The leases that allow oil companies to explore for crude run through 2017 in the Beaufort Sea and through 2020 in the Chukchi Sea, and corporations have sought extensions.

Arctic waters continue to be part of President Barack Obama's "all-of-the-above" energy strategy, which embraces a wide range of sources, from oil and natural gas to renewables such as wind and solar power.

Depending on interest by petroleum companies, the Interior Department could hold lease sales in Arctic waters in 2016 and 2017.

Both the Chukchi and the Beaufort seas could be included in the federal government's next five-year plan for offshore leases, which covers leasing through 2022.

Environmental groups are also lining up to oppose a proposed Beaufort Sea project 19 miles east of Prudhoe Bay. HilCorp Alaska LLC has applied to build a 9-acre artificial island in 20 feet of water about 6 miles off shore to tap into 150 million barrels of crude oil.

Shell's decision ended hope that within a decade or so Arctic offshore oil could help replenish the trans-Alaska pipeline. Alaska Gov. Bill Walker, a Republican-turned-independent, said the state must find ways to address Alaska's multi-billion dollar budget gap between income and spending.

"If it's not going to come offshore, let's safely develop it from onshore," he said.

He will lobby Obama to not only extend offshore leases but to open reserves on land now closed, such as the Arctic National Wildlife Refuge, he said. Congress in the 1990s voted to open part of the refuge. President Bill Clinton vetoed the measure.