A private survey shows U.S. businesses added the most jobs in a year in December, powered by a big gain in construction. The figures are the latest evidence that the economy gained momentum at the end of 2013. Payroll processor ADP said Wednesday that companies added 238,000 jobs in December, up slightly from 229,000 in the previous month. 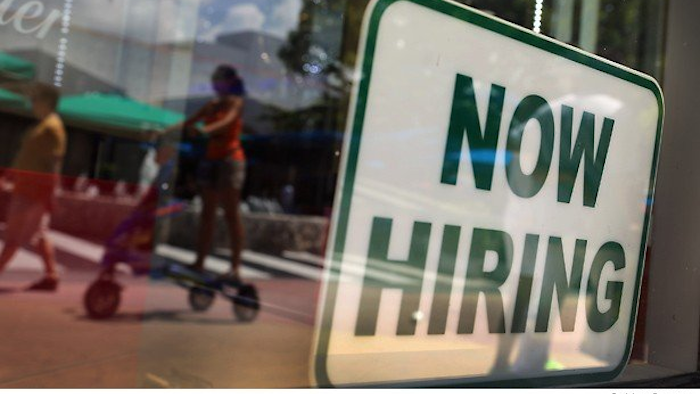 WASHINGTON (AP) -- A private survey shows U.S. businesses added the most jobs in a year in December, powered by a big gain in construction. The figures are the latest evidence that the economy gained momentum at the end of 2013.

Payroll processor ADP said Wednesday that companies added 238,000 jobs in December, up slightly from 229,000 in the previous month. November's figures were revised higher.

Construction firms hired 48,000 additional workers in December, the most since 2006. And manufacturers added 19,000 positions. Companies in retail, transportation and utilities also gained 47,000 jobs.

The ADP numbers cover only private businesses and often diverge from the government's more comprehensive report. But both reports have shown a solid pickup in hiring since the summer.

"The job market has kicked into a higher gear," said Mark Zandi, chief economist at Moody's Analytics, which helps prepare the report. "We're now 4 ½ years into this economic recovery and there have been a lot of false starts. ... But this time it does feel more fundamental, more real, more broad-based."

Economists forecast that the government report will show employers added 196,000 jobs last month. That would be similar to the healthy average gain of 200,000 a month from August through November. Those increases have helped push the unemployment rate to a five-year low of 7 percent.

Improvement in international trade, factory orders and consumer spending has made economists more optimistic about economic growth in the October-December quarter. Many now expect growth will be at an annual rate of 3 percent or higher, up from earlier estimates that were closer to 2 percent.

A stronger job market is a key reason the Federal Reserve last month announced it would begin to slow its extraordinary stimulus.

The Fed said after its meeting that it would reduce its purchases from $85 billion to $75 billion this month. And it said it expected to further reduce the bond purchases in "measured steps" at upcoming meetings, if the economy and the job market continue improving.

The bond-buying program is intended to keep interest rates low and encourage more borrowing and spending.

Paul Ashworth, an economist at Capital Economics, said the Fed would likely continue cutting its monthly bond purchases by $10 billion at each meeting if the economy continues to average roughly 200,000 net job gains a month. The Fed could move even faster if job growth accelerated closer to 250,000, Ashworth said.

Several economists noted that cold weather last month could cause the government's figure on Friday to come in below the ADP estimate. That's because the official figures are more likely to capture workers who stay home from work because of extreme weather.