Legislation to renew jobless benefits for the long-term unemployed has cleared an initial Senate hurdle, but the bill's fate remains in doubt. The vote Tuesday was 60-37 to limit debate on the legislation, with a half-dozen Republicans siding with the Democrats. 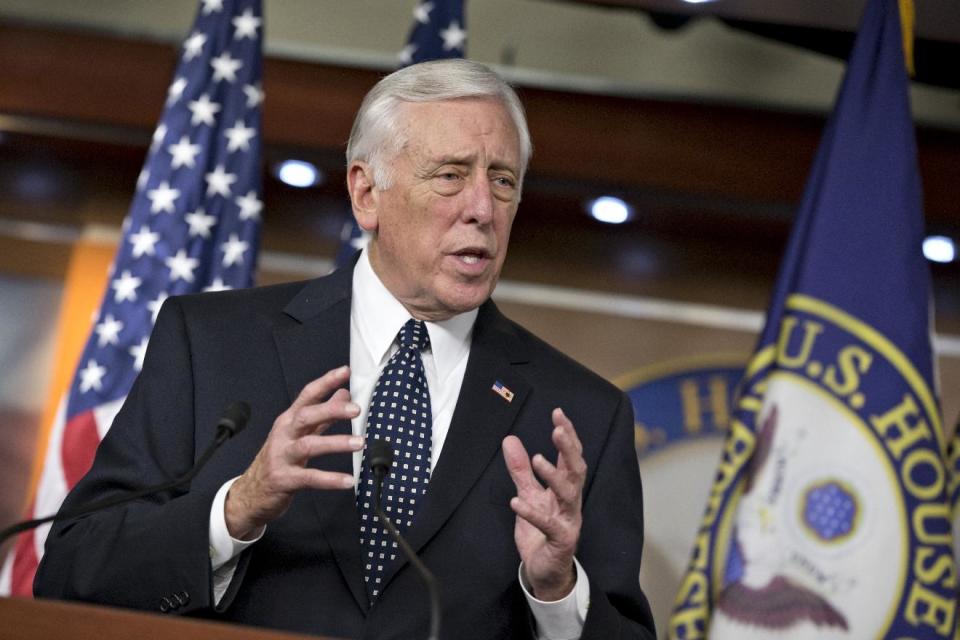 The vote was 60-37 to limit debate on the three-month legislation, with a half-dozen Republicans siding with the Democrats on the test vote.

At the same time, the Republican leader, Sen. Mitch McConnell of Kentucky, said he and his rank and file would seek changes so the bill's $6.4 billion cost would not add to deficits. Senate Democrats have so far rejected the approach, but shortly after the Senate vote, House Speaker John Boehner endorsed it.

Among the GOP proposals is a suspension in the requirement to purchase health insurance under "Obamacare," a change that would potentially save billions of dollars in federal subsidies to the lower-income.

As drafted, the unemployment bill would restore between 14 weeks and 47 weeks of benefits averaging $256 weekly to an estimated 1.3 million long-term jobless who were affected when the program expired Dec. 28. Without action by Congress, thousands more each week would feel the impact as their state-funded benefits expire, generally after 26 weeks.

The vote came at the dawn of an election year in which the two parties have made it clear they intend to battle for the support of millions of voters who have suffered economically through the worst recession in decades and the slow, plodding recovery that followed.

The political phrase is income disparity — the difference between the rich and the economically squeezed. In pocketbook terms, Democrats chose first to seek an extension of long-term jobless benefits, to be followed by a proposal to increase the minimum wage that many Republicans also are expected to oppose.

In remarks on the Senate floor, Senate Majority Leader Harry Reid of Nevada noted that a recent spate of positive economic news doesn't "match the darker reality" of the lives of millions. "They sit at the kitchen table, if they're lucky and have a kitchen table to sit. They're juggling bills."

McConnell countered: "Yes, we should work on solutions to support those who are out of work through no fault of their own.

"But there is no excuse to pass unemployment insurance legislation without also finding ways to create good, stable, high-paying jobs - and also trying to find the money to pay for it. So what I'm saying is, let's support meaningful job creation measures, and let's find a way to pay for these ...benefits so we're not adding to an already unsustainable debt."

Within minutes of the vote, Boehner issued a statement that echoed McConnell's remarks on the Senate floor.

"One month ago I personally told the White House that another extension of temporary emergency unemployment benefits should not only be paid for but include something to help put people back to work. To date, the president has offered no such plan. If he does, I'll be happy to discuss it," he said.

The six Republicans who sided with Democrats on the vote included Dean Heller of Nevada, Kelly Ayotte of New Hampshire, Dan Coats of Indiana, Susan Collins of Maine, Lisa Murkowski of Alaska and Rob Portman of Ohio.

Three of them represent states that have higher unemployment than the national rate of 7 percent. In Heller's Nevada, joblessness was measured by the Bureau of Labor Statistics in November at 9 percent, tied with Rhode Island for the worst.

Joblessness was measured at 7.4 percent in Ohio in November; 7.3 percent in Indiana. It was below the 7 percent figure in Alaska, Maine and New Hampshire.

The three-month measure is the leading edge of a Democratic program that also includes raising the minimum wage and closing tax loopholes on the wealthy and corporations. The Democratic agenda also includes measures designed to demonstrate sympathy with those who suffered during the worst recession in decades and a subsequent long, slow recovery.

With bad weather preventing more than a dozen senators from traveling to Washington on Monday evening, a showdown vote was postponed until Tuesday.

But not before Republicans accused Democrats of playing politics.

"It is transparent that this is a political exercise, not a real effort to try to fix the problem," Sen. John Cornyn, R-Texas, said in a protest followed immediately by Majority Leader Harry Reid's agreement to delay the vote.

Two influential outside organizations opposed the bill, including Heritage Action, which called the program of extended unemployment benefits "ineffective and wasteful."

At issue was a complicated system that provides as much as 47 weeks of federally-funded benefits, which begin after state benefits, usually 26 weeks in duration, are exhausted.

The first tier of additional benefits is 14 weeks and generally available to all who have used up their state benefits.

The global economy is waiting for the U.S. to get its coronavirus outbreak under control and boost the recovery.
Aug 11th, 2020

Shipments from businesses to U.S. consumers soared 65%.
Jul 30th, 2020
Follow Us
Most Recent