Yesterday, Doug Oberhelman, chairman and CEO of Caterpillar Inc., and Jay Timmons, president and CEO of the National Association of Manufacturers, penned an open letter to President Barack Obama calling for more leadership on creating an environment in which manufacturers can grow once more to create jobs and generate a stronger economy. 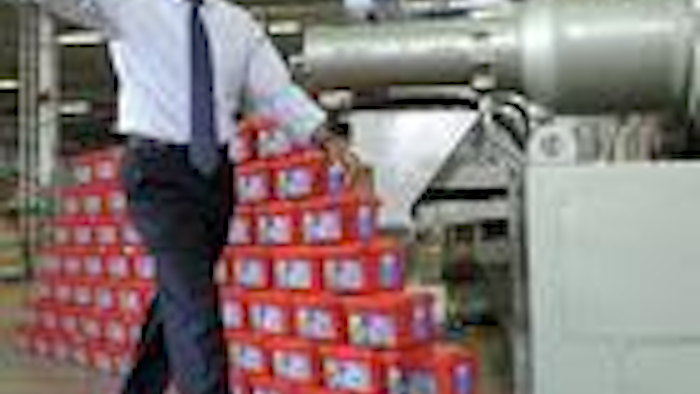 Yesterday, Doug Oberhelman, chairman and CEO of Caterpillar Inc., and Jay Timmons, president and CEO of the National Association of Manufacturers, penned an open letter to President Barack Obama calling for more leadership on creating an environment in which manufacturers can grow once more to create jobs and generate a stronger economy. The two claim that with the right support, it is possible to create 20,000 manufacturing jobs per month, grow industrial production by at least 4.5 percent annually, and grow the economy by 3.5 percent annually.

This growth won’t come easily, however, as the authors acknowledge that it will require collaboration between the president, Congress, manufacturers and even the entire private sector. Oberhelman and Timmons wrote that speaking of manufacturing during the State of the Union address simply isn’t enough. They wrote: “Unfortunately, rhetoric alone won’t get the job done. We need policymakers to do what manufacturers in the United States do every day: Make tough decisions that get results.”

In the remainder of the letter, the two outlined certain categories five ways in which the president should work with others to address the multi-faceted issues that face manufacturers today. The authors say U.S. manufacturers need a “dynamic intermodal infrastructure system” that would be first fixed by the reauthorization of transportation funding to repair and strengthen surface transportation systems. From there, they argue Obama should “advocate a fully funded, multiyear bill” for further development.

Boosting exports is the second category of note for Oberhelman and Timmons, who believe approving Trade Promotion Authority (TPA) is the best first step toward boosting exports and passing the Trans-Pacific Partnership. When it comes to energy, the authors say Obama should approve the Keystone XL pipeline due to “overwhelming evidence of the project’s economic benefits.”

They are also pushing for a simplified tax code with lower corporate rates, which would make the U.S. more globally competitive. They wrote, “Tax reform is no easy task, but we can do it. If achieved, tax reform could be a primary pillar of President Obama’s legacy, as it was for Presidents Kennedy and Reagan.”

Oberhelman and Timmons finally argue that the U.S. needs a developed workforce, and celebrated the president’s Advanced Manufacturing Partnerships as a step in the right direction, but also stated that there needs to be more collaboration between business, government, education and nonprofits.

Both Oberhelman and Timmons have been vocal when it comes to the connections between policy and manufacturing, and are industry-recognized as thought leaders when it comes to ways the U.S. could work to revive its manufacturing prowess. The letter comes just ahead of the 2014 State of the Union address, where President Obama is expected to speak about the success that U.S. manufacturing achieved during 2013, and his Advanced Manufacturing Partnerships.