The political standoff over the U.S. budget is slowing the economy, more so than any hesitance by Americans to spend. That consensus emerges from the latest AP Economy Survey just as the budget impasse in Washington is about to trigger automatic cuts across the economy. 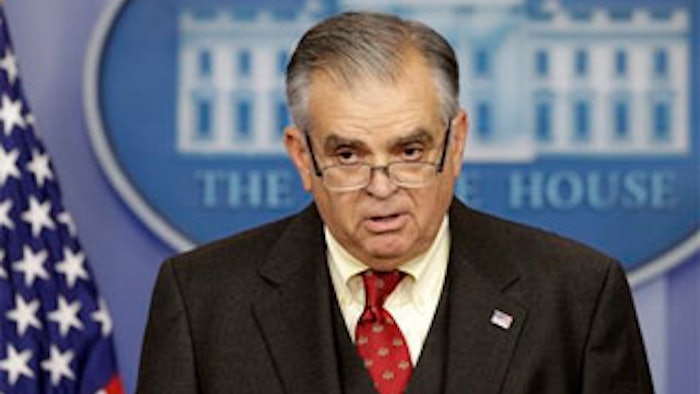 WASHINGTON (AP) — The political standoff over the U.S. budget is slowing the U.S. economy — more so than any hesitance by Americans to spend freely.

That consensus emerges from the latest Associated Press Economy Survey just as the budget impasse in Washington is about to trigger automatic spending cuts across the economy.

Many of the economists think consumer spending has slowed in response to higher tax burdens but will rebound later in the year. By contrast, they worry that the budget fights in Washington will persist for much of 2013 and drag on economic growth.

Twenty-three of the 37 economists who responded to the survey last week say the paralysis in Washington is a significant factor in slowing the economy. The next-biggest factors they cite, in order: too little job growth, excessive government regulation and taxes, stagnant wages and cautious bank lending. Only eight say they worry about consumers saving more and spending less.

The budget impasse that will set off $85 billion in spending cuts starting Friday will shave an estimated half-percentage point from economic growth this year.

Meeting those deadlines could involve more spending cuts or tax increases. Either could further slow growth.

The economists' views suggest that the budgetary paralysis hurts the economy in at least two ways: It's eroding consumer and business confidence, which could reduce spending and investment. And it will trigger the government spending cuts that are about to kick in.

These come on top of the reduced take-home pay for most workers caused by the Social Security tax increase that took effect Jan. 1.

Businesses "aren't willing to hire people or invest in plant and equipment knowing the uncertainty," says Sung Won Sohn, an economics professor at California State University Channel Islands. "The prudent thing to do is to postpone."

The AP survey collected the views of private, corporate and academic economists on a range of issues. Among their views:

— The economy will grow 2.2 percent this year, a modest pace that roughly matches the average annual rate since the recession ended in June 2009. In a typical economy, such growth wouldn't be a concern. But it hasn't been enough to repair the damage from the Great Recession. Faster growth — 4 percent to 5 percent annually — would be needed to rapidly reduce the unemployment rate, which is still painfully high at 7.9 percent.

— Growth should increase in 2014 to 2.9 percent, economists expect. That would be the fastest for a full year since the recession ended and would roughly match the average for the five years preceding the Great Recession. Still, the economists foresee the unemployment rate at 6.3 percent by the end of 2015 — nearly three years from now. In a normal economy, the unemployment rate is below 6 percent.

— Just over half think Europe's recession will end this year. That could benefit U.S. exporters. The 17 nations that use the euro have been in recession since mid-2012. But some encouraging signs have emerged: Germany reported a larger-than-expected budget surplus this month. And German business confidence rose in February for a fourth straight month.

— Nearly half think sales of previously occupied homes will return to normal levels next year. More than six years after the housing bubble burst, residential real estate is finally rebounding. Sales in 2012 reached 4.7 million. That's still well below the 5.5 million in annual sales considered healthy. But 17 of the economists think sales will return to that level in 2014. Ten others think it will happen in 2015.

— Though the economists favor reducing the government's budget deficit, nearly all prefer doing so over the long run rather than immediately.

One consequence of the Washington budget battles was a deal between the White House and Congress to let a cut in Social Security taxes expire Jan. 1. That tax increase cost a typical household with $50,000 in income about $1,000. Retail sales slowed last month as a result. And some big retailers, notably Wal-Mart, blamed the Social Security tax increase for a darker outlook for sales in coming months.

But when asked to choose the biggest reasons the economy isn't growing faster, barely one in five economists cite consumers' reluctance to spend.

Why the lack of concern?

Many economists think the damage from higher Social Security taxes will prove temporary. Most think consumer spending will slow in the first three months of this year but then pick up as companies add jobs. Some employers are even willing to pay more: After stagnating since the recession ended, hourly pay has been rising faster than inflation the past three months.

Analysts also generally think consumers' finances have recovered from the excesses of the housing bubble, when many piled up debt and bought larger houses than they could afford. As Americans repaid debts, they spent less.

But now, home values are up. Stocks have roughly doubled since June 2009. Americans who feel wealthier are typically more likely to spend. After years of delaying big purchases of autos, appliances and other items, consumers are spending more for them. Auto sales in January were the best for that month in five years.

"It's been nearly four years since the recession ended," says Beth Ann Bovino, deputy chief economist at Standard & Poor's. Consumers "have been saving more, and they've put more money in the bank, and I think they're ready to spend more. There's a lot of pent-up demand."