Durable goods orders have fallen in four of the past five months, reflecting the pressures facing American manufacturers from a strong dollar and spreading global economic weakness. 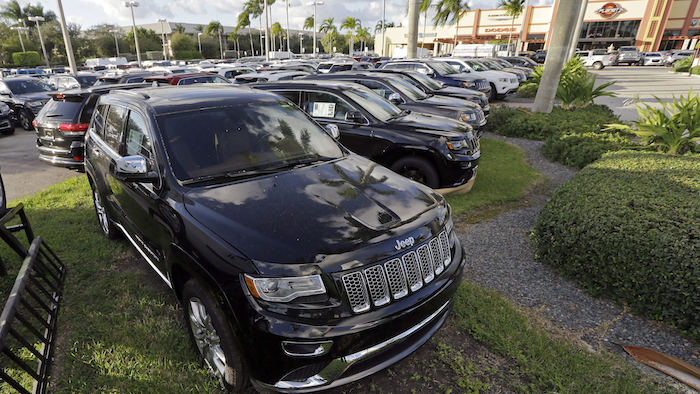 Durable goods orders have fallen in four of the past five months, reflecting the pressures facing American manufacturers from a strong dollar and spreading global economic weakness. Both of those factors have hurt export sales.

The category that serves as a proxy for business investment plans dropped 4.3 percent in December after a 1.1 percent decline in November.

American industry has struggled in recent months, and economists do not expect a quick turnaround. They worry that export sales will continue to struggle as the dollar keeps rising. There is also concern about economic weakness in such key export markets as China, the world's second largest economy, and other emerging markets.

Ian Shepherdson, chief economist with Pantheon Macroeconomics, said that the big drop in December orders was influenced by some special factors, including a swing in the mix of orders to Boeing in December to lower-valued 737s.

He blamed the plunge in the investment category to the declines in oil prices to around $30 per barrel, down from around $50 per barrel in the late summer and early fall. That triggered further cutbacks in investment in the oil and gas industry, he said.

"No one should be surprised that manufacturing is fundamentally weak, given the oil hit and the strong dollar," he said.

Overall orders were down $12 billion in December to a seasonally adjusted total of $225.4 billion.

The weakness in December was led by a 29.4 percent plunge in demand for commercial aircraft, a category that swings sharply from month to month.

But demand was also down in a number of areas. Excluding the transportation sector, orders still fell 1.2 percent following a 0.5 percent decline excluding transportation in November.

Orders for machinery dropped 5.6 percent, while orders for computers and other electronic products retreated 2 percent.