Currently, the engines are acquired by an American company, which is under contract with the Air Force to launch military and spy satellites. 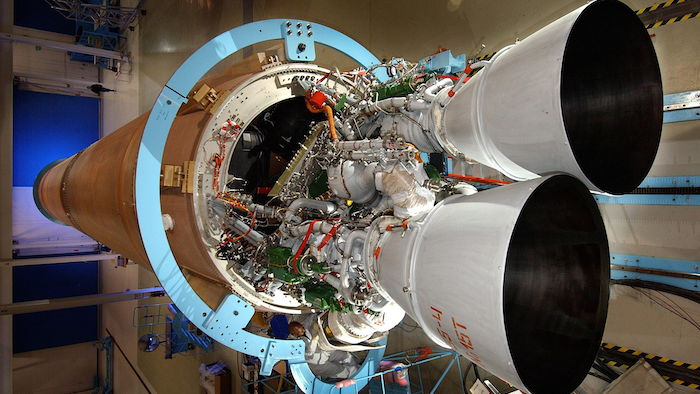 American tax dollars should not subsidize the purchase of Russian rocket engines because the sales help enrich the friends of President Vladimir Putin, say two senior Republican lawmakers who aim to reverse the current practice.

House Majority Leader Kevin McCarthy, R-Calif., and Sen. John McCain, R-Ariz., are introducing legislation Wednesday to repeal a provision in law that they say allows the unlimited acquisition and use of RD-180 engines manufactured by NPO Energomash. The manufacturer is owned primarily by the Russian government and controlled by several of Putin's confidantes, according to the lawmakers.

The engines are acquired by an American company, United Launch Alliance, which is under contract with the Air Force to launch military and spy satellites. The purchases effectively reward Putin's inner circle even as Washington continues to condemn Russia's invasion of Ukraine's Crimea region and its continued support for Syrian President Bashar Assad, they said.

"It is simply immoral to help subsidize Russia's intervention in Ukraine and line the pockets of Putin's gang of thugs who profit from the sale of Russian rocket engines," McCain, chairman of the Senate Armed Services Committee, said last month on the Senate floor. The committee is scheduled to hold a hearing Wednesday on the use of the Russian engines.

Yury Melnik, a spokesman for the Russian Embassy in Washington, said Russia considers congressional discussions about the RD-180 "an internal U.S. matter" and would not comment on "specific remarks by different lawmakers." 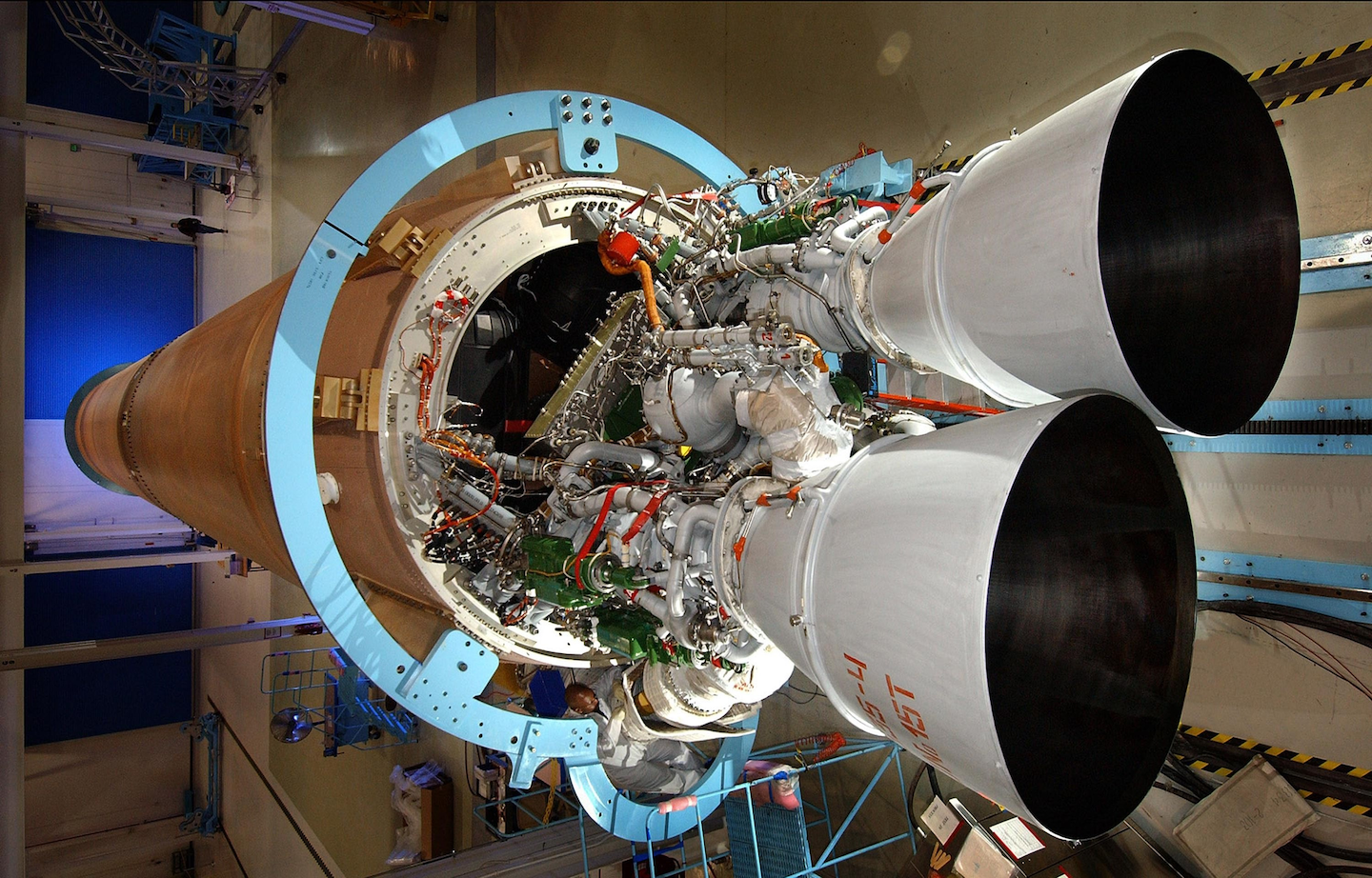 Proponents of using the RD-180s to launch a range of national security satellites said the Russian engines fill a crucial gap while the U.S. develops and tests a domestically made rocket. Barring the purchase of the Russian engines could delay important missions during that transition period, they said, while also undercutting the competition among American companies essential to ensuring costs stay under control.

The debate over the Russian equipment also illustrates a longstanding tension between congressional committees that have similar yet distinct responsibilities. McCain's panel is an authorization committee that writes defense policy and approves annual military spending levels. But the appropriations committees actually allot the money and their actions can occasionally contradict what the authorizers decided.

During his December floor speech, McCain said two senior members of the Senate Appropriations Committee, Richard Shelby, R-Ala., and Dick Durbin, D-Ill., reversed a restriction on buying the engines in what McCain called a "triumph of pork-barrel parochialism." Their provision was added — "in secret, with no debate," McCain said — to a $1.1 trillion government-wide spending bill passed by Congress late last year and signed into law by President Barack Obama.

United Launch Alliance, which uses the RD-180s on its Atlas V launch vehicle, has manufacturing facilities in Decatur, Alabama. Defense industry giants Boeing, based in Chicago, and Lockheed Martin formed United Launch Alliance as a joint venture. Shelby, who faces a GOP primary challenge, helped craft the spending bill but then ended up voting against it because the bill didn't tighten the vetting process for Syrian refugees seeking to enter the United States. 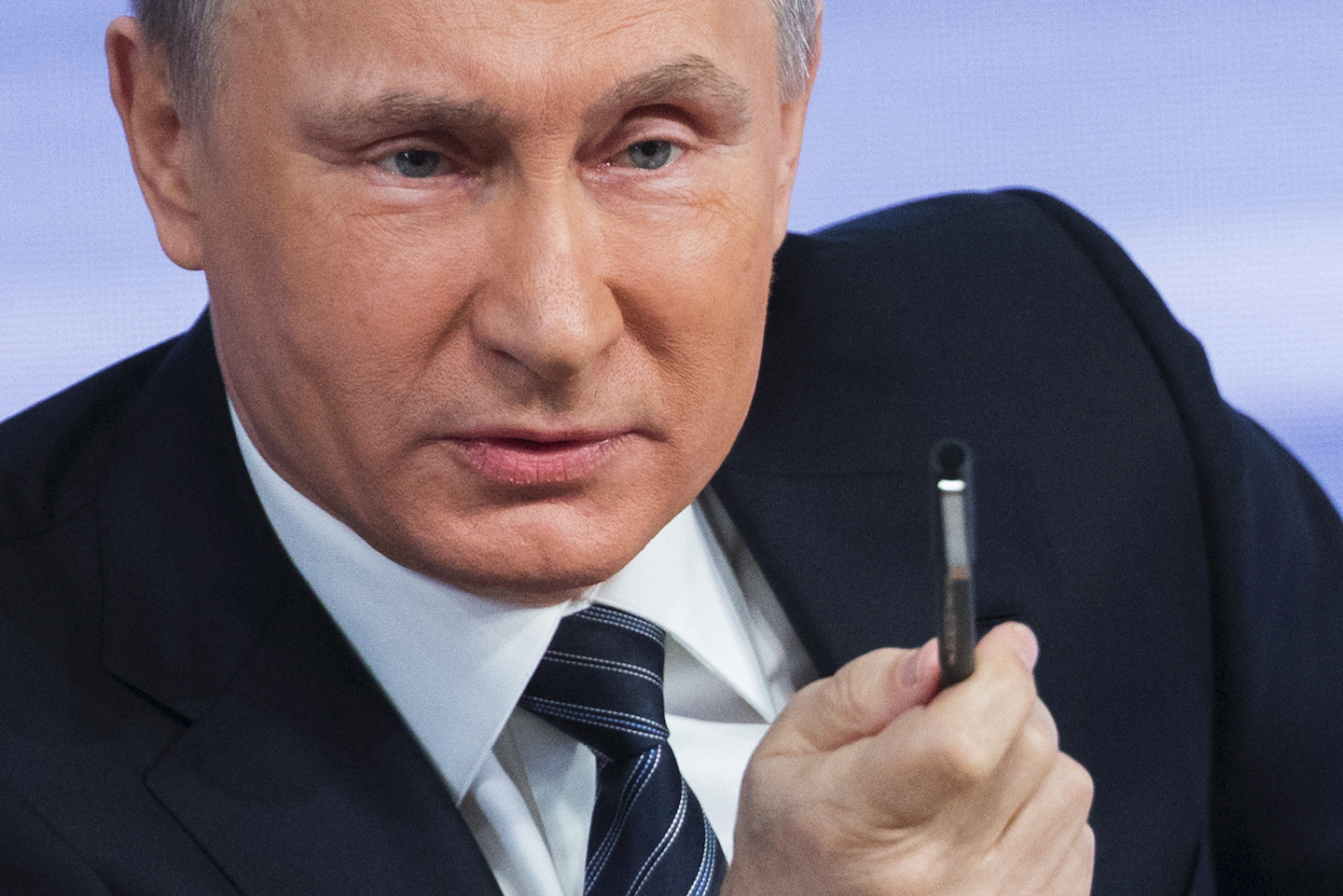 Over the last two years, McCain said, his committee supported measures also approved by Congress that prohibited the Russian engines but allowed a small number to be used during the transition period if the engines were fully paid for before Feb. 1, 2014 — just weeks before Russia invaded Ukraine.

The Shelby-Durbin provision "was tucked into an unrelated spending bill that provides an indefinite lifeline to Russian rocket engines to power American space launches," McCarthy said in a statement. "Placing such a critical aspect of our future in the hands of a country that names the United States as a threat is not only foolish, it undermines the ingenuity happening across the country."

Durbin, also speaking on the Senate floor last month, said nothing was done in secret. He said Defense Department officials told him and other lawmakers that excluding the Russian engines so quickly could leave the Air Force short of all the rockets needed to launch satellites essential to national security. Durbin also said it prevents United Launch Alliance from bidding on military work, leaving the company SpaceX as the "monopoly source for the engines."

McCain called the warnings "nonsense." A replacement engine can be ready in plenty of time as long as the Pentagon makes the project a priority, he said.

McCain did not name the associates of Putin's who would benefit financially from the engine sales. However, U.S. officials have long known corruption in Russia's defense industry is widespread. William Burns, then U.S. ambassador to Russia, wrote in a 2007 classified cable published by the Wikileaks website that "it is an open secret that the Russian defense industry is an important trough at which senior officials feed, and weapons sales continue to enrich many."