Stock markets have plunged. Oil prices have skidded. Did the Fed err in raising rates for the first time in nearly a decade? 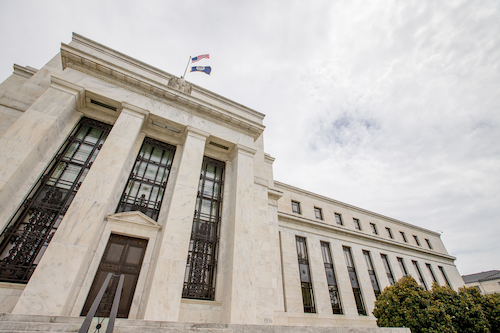 All of which raised a delicate question: Did the Fed err in raising rates for the first time in nearly a decade?

Don't expect the central bank to answer or even acknowledge that question when it issues a statement after its latest policy meeting ends Wednesday. But in their meeting, the Fed's policymakers will surely grapple with whether — and, if so, how — to respond to an altered economic landscape.

No one thinks the Fed will suddenly reverse course and roll back the quarter-point increase in its key short-term rate it announced Dec. 16. But some analysts say the Fed might signal that the pace of three or four additional rate increases that many had expected this year could become more gradual — with perhaps only two rate hikes this year and not starting until midyear.

"People are just scared right now," said David Wyss, a former Fed staff economist and now an economics professor at Brown University. "It isn't just China weighing on things. Europe hasn't solved its problems, we have geopolitical risks in the Middle East and in the United States there is a lack of confidence in the political parties and the candidates."

The most visible sign of the economic fear has been the sharp fall in the stock market. Even after a gain of 211 points Friday, the Dow Jones industrial average shed more than 7 percent of its value in the first three trading weeks of 2016.

China has unnerved investors because of an economic slowdown that Beijing seems incapable of managing properly. The country's decelerating growth has shrunk global commodity prices and the emerging market countries that have supplied them to China. Last week, the price of oil reached a 12-year low of $28.15 a barrel before rebounding to around $32 on Friday. 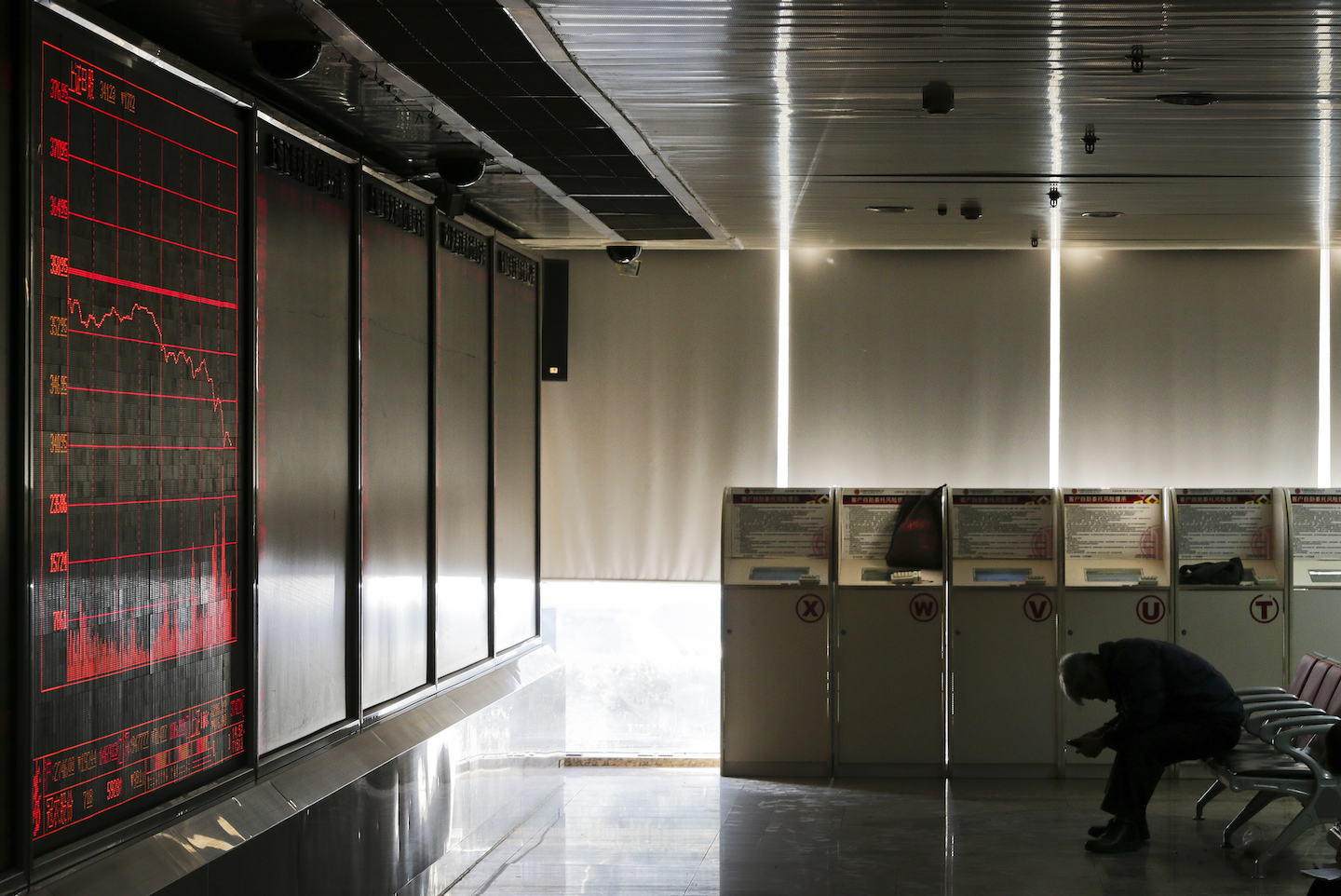 A man sits near an electronic board displaying stock prices at a brokerage house in Beijing, Tuesday, Jan. 26, 2016. Asian stock markets sank Tuesday, led by a plunge in the Shanghai index, after a renewed slump in the price of oil kept investors on edge about the global economy. (AP Photo/Andy Wong)

Many see the Fed's December rate hike as a key factor in the stock market's tumble. The move amounted to only a small rise in the Fed's still-extremely low target rate for overnight bank lending. But it signaled that a seven-year period of near-zero rates was ending and that while borrowing costs wouldn't be rising fast, they would be headed steadily up.

The Fed's critics had warned for years that by keeping rates so low for so long, it was fueling dangerous bubbles in assets such as stocks. Some now see the falling stock prices as the correction that they had forecast would occur after the Fed started raising rates.

Others say the market's swoon seems hardly due to a small increase in the Fed's benchmark rate. They point instead to China's economic troubles, the slide in oil prices and weakness in some key areas of the global economy. Still, some economists suggest that if the Fed could have foreseen what has ensued in the month since it raised rates, it might have reconsidered.

"At the time they raised rates, it seemed like a reasonable decision, and it certainly has been supported by the strong employment numbers we have seen," said Nariman Behravesh, chief economist at IHS Global Insight. "But starting at the beginning of the year, it seems all hell broke loose. The rather inept handling by Chinese authorities of the stock market troubles in that country has really bothered global markets."

A prolonged drop in the stock market can sometimes — but certainly not always — signal an impending recession. Most analysts note that the 6½-year-old economic expansion has lasted longer than most. Yet they don't see a recession as imminent. Behravesh said he puts the possibility of a mild recession starting later this year at around 20 percent. But he said his firm's forecast is for the economy to rebound from a slow final three months of last year to growth of around 2.5 percent this year. 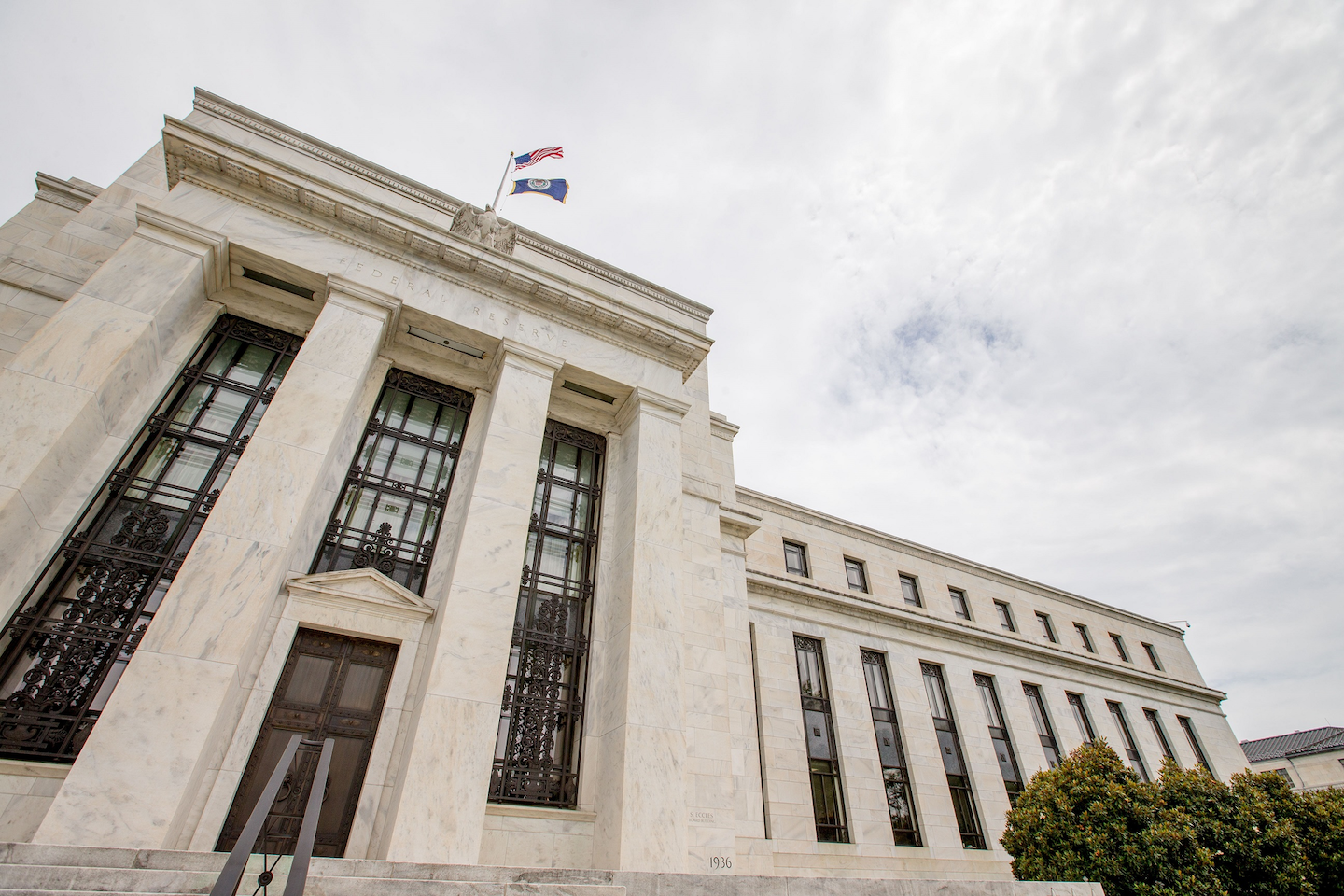 And what should the Fed be doing?

Analysts expect no course shift this week. The Fed may make some slight changes to its policy statement to express concern in particular about intensified global pressures. That could assure investors that the Fed will weigh such developments in deciding when to next raise rates.

But, he added, "They don't want to be changing policy significantly every month."

Sohn foresees only two quarter-point rate hikes this year. But some other analysts think the Fed could stick with the four rate increases that officials had signaled could be coming this year.

"I still see four Fed rate hikes this year," said Mark Zandi, chief economist at Moody's Analytics. "I believe the market turbulence will abate. The labor market has not been damaged by the turmoil, and job growth will be sufficient to achieve full employment by the middle of this year."