Food Prices Rise By Most In 2 Years

Food prices rose by the most in nearly two years, pushed higher by costlier beef and vegetables. Beef prices jumped 8.2 percent, the biggest gain in four and a half years. Vegetable prices rose nearly 12 percent. Grocery stores may mark up the prices of those products in the coming months, but probably not by as much. 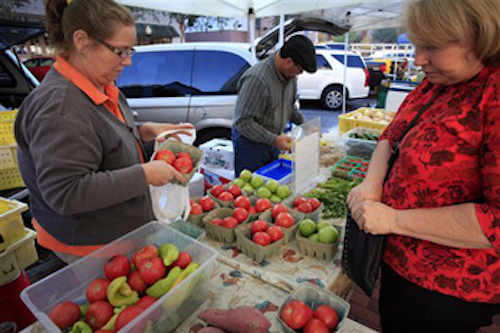 WASHINGTON (AP) — Cheaper gas drove down a measure of wholesale prices in November for the second straight month, a sign inflation remains mild.

The producer price index fell 0.8 percent last month, the steepest drop since May, the Labor Department said Thursday. That follows a 0.2 percent decline in October. The index measures the cost of goods before they reach the consumer.

Gas prices fell last month by the most in more than three years. Food prices, however, rose by the most in nearly two years, pushed higher by costlier beef and vegetables.

Beef prices jumped 8.2 percent, the biggest gain in four and a half years. Vegetable prices rose nearly 12 percent. Grocery stores may mark up the prices of those products in the coming months, but probably not by as much.

High unemployment and weak wage increases will make it hard for retailers to pass on all of the higher costs.

In the past year, wholesale prices have increased 1.5 percent. That's the lowest annual pace in four months.

Excluding volatile food and gas costs, wholesale prices ticked up 0.1 percent in November and 2.2 percent in the past year.

Gas prices had risen sharply over the summer, pushing up both the producer and consumer price indexes. But since then, the cost of gasoline, home heating oil and natural gas has fallen back.

Nationwide, a cost of a gallon of gasoline fell to $3.32 Wednesday, according to AAA, down 13 cents in the past month and nearly 50 cents since mid-October.

Low inflation means consumers have more money to spend, which helps the economy. It also gives the Federal Reserve more room to keep interest rates low in an effort to spur economic growth. If prices were to begin rising rapidly, the central bank might be forced to raise rates in response.

The Fed said Wednesday that it now plans to keep the short-term interest rate it controls at nearly zero until the unemployment rate falls to at least 6.5 percent and inflation isn't expected to top 2.5 percent in the next two years.

In a statement, Fed policymakers said that they expect "inflation over the medium term will likely run at or below its 2 percent objective."