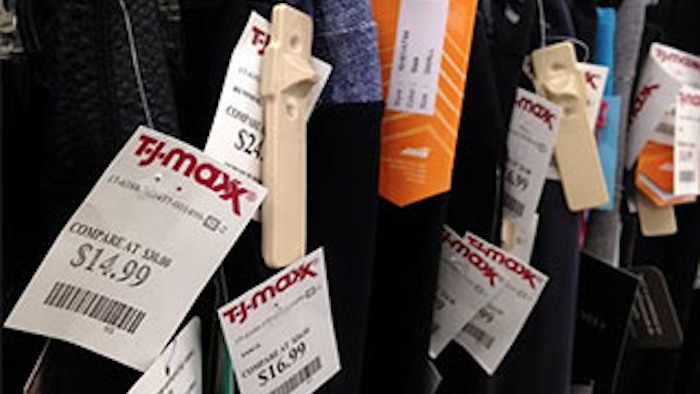 The consumer price index fell 0.1 percent last month, down from a 0.2 percent increase in September, the Labor Department said Wednesday. The October decline was due mainly to a 2.9 percent drop in gasoline costs, the largest since April. Over the past 12 months, overall prices have risen 1 percent, well below the Federal Reserve's inflation target of 2 percent.

"From the Federal Reserve's perspective, inflation is too low, one reason why the central bank continues to provide massive stimulus to the economy," Hoffman said in a note to clients.

Excluding volatile energy and food costs, so-called core prices rose 0.1 percent in October from September and have risen just 1.7 percent over the past 12 months. The prices for new vehicles, clothing and medical care declined last month. But airfares rose a whopping 3.6 percent.

U.S. gasoline prices began falling in the spring and reached two-year lows earlier this month. The average price of a gallon of gas was $3.21, according to AAA's Daily Fuel Gauge Report.

The drop in fuel prices may be offset somewhat by slight increases in the cost of food, which rose 0.1 percent. That increase was driven by a 0.6 percent rise in the prices of meats, poultry, fish and eggs, the largest advance for any of the food categories.

Inflation has been modest over the past four years, with prices held down by the weak recovery from the Great Recession. High unemployment and modest wage hikes have made it difficult for Americans to spend more and retailers to charge more.

Low inflation gives the Fed more latitude to pursue its extraordinary stimulus to help drive economic growth. The Fed has been buying $85 billion a month in bonds to keep long-term interest rates low and encourage more borrowing and spending. It has also kept its key short-term interest rate near zero since late 2008.

Critics of the bond-buying program fear it will spark higher inflation in the future.

But a number of Fed officials have objected to slowing the program because inflation remains below 2 percent.

A small amount of inflation can be good for the economy, because it encourages consumers and businesses to spend and invest before prices rise further.

The Fed will release on Wednesday the minutes of its policymaker meeting that ended on Oct. 30. Economists expect the minutes to provide little insight into what steps the central bank will take next in terms of its bond buying and plans to keep the short-term interest rate it controls at nearly zero.