ABC and a South Dakota meat producer announced a settlement Wednesday in a $1.9 billion lawsuit against the American network over its reports on a lean, finely textured beef product that critics dubbed "pink slime." 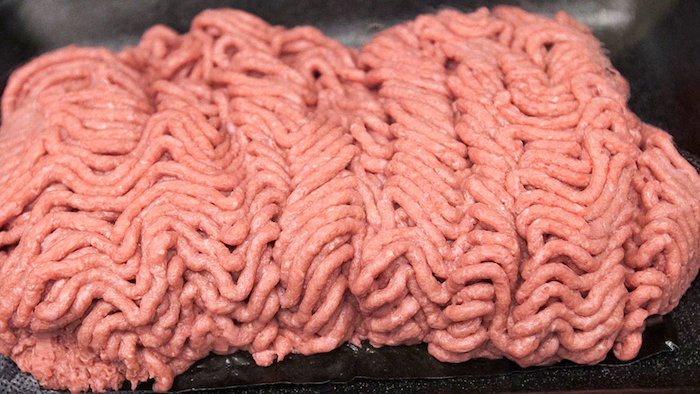 SIOUX FALLS, S.D. (AP) — ABC and a South Dakota meat producer announced a settlement Wednesday in a $1.9 billion lawsuit against the network over its reports on a beef product that critics dubbed "pink slime."

The terms of the settlement including its amount are confidential. Dakota Dunes-based Beef Products Inc. sued ABC in 2012, saying ABC's coverage misled consumers into believing the product is unsafe, is not beef and isn't nutritious. ABC spokeswoman Julie Townsend said in a statement Wednesday that throughout the case the network has maintained its reports accurately presented the facts and views of "knowledgeable people" about the product.

"Although we have concluded that continued litigation of this case is not in the company's interests, we remain committed to the vigorous pursuit of truth and the consumer's right to know about the products they purchase," Townsend said.

The coverage emphasized that the product at the time was present in 70 percent of the ground beef sold in supermarkets, but wasn't labeled. BPI and its family owners said in a statement Wednesday that the lawsuit was difficult, but necessary to start rectifying the harm suffered as a result of ABC's reports on lean, finely textured beef.

BPI has said the sales drop forced it to close plants in Iowa, Kansas and Texas and lay off more than 700 workers. Only a Nebraska plant in South Sioux City remained open.

"This agreement provides us with a strong foundation on which to grow the business, while allowing us to remain focused on achieving the vision of the Roth and BPI family," the company and family said in their statement.

"If you judge this product on the truth, there is not a better product that goes into ground beef," Connolly said.

Lean, finely textured beef can be added to ground beef to reduce the overall fat content. It's made from trimmings left after a cow is butchered. The meat is separated from the fat, and ammonia gas is applied to kill bacteria.

Former Department of Agriculture microbiologist Gerald Zirnstein named the product "pink slime" in a 2002 agency email. He was among several people who were dismissed from the lawsuit before trial, including ABC anchor Diane Sawyer, leaving just the network and correspondent Jim Avila as defendants.

After the announcement, Avila thanked the jurors for their service, the Sioux City Journal reported.

"I wish they had had the chance to hear my side of the story," Avila said, according to the newspaper. "It's important to note we're not retracting anything or apologizing for anything."

BPI could have been seeking damages as high as $1.9 billion, according to a U.S. Securities and Exchange Commission filing from Disney, which owns ABC. BPI was also seeking "treble" damages, or triple the amount, under South Dakota's Agricultural Food Products Disparagement Act and punitive damages.

The settlement announcement came on the trial's 18th day in state court in Elk Point, a town of less than 2,000 people in southeastern South Dakota. The trial was scheduled to last until late July.

Jane Kirtley, a University of Minnesota media law professor who has followed the case, said it's "folly" to speculate what could have influenced ABC's decision to settle the case. But she said it's unfortunate whenever there's a settlement in a case that could have been defended.

"As a general proposition, I think settlements are bad because they send a message to other litigants that news organizations basically will buy their way out of lawsuits," Kirtley said. "This is a powerful corporation and it represents a powerful industry, and I think everyone should be concerned about the future of investigative reporting when powerful entities can bring an action like this and bring a settlement."