Beneficiaries include The American Legion, the largest veteran's service organization in the world, and Folds of Honor, a non-profit organization providing educational scholarships to the children and spouses of those fallen or disabled while serving our nation. 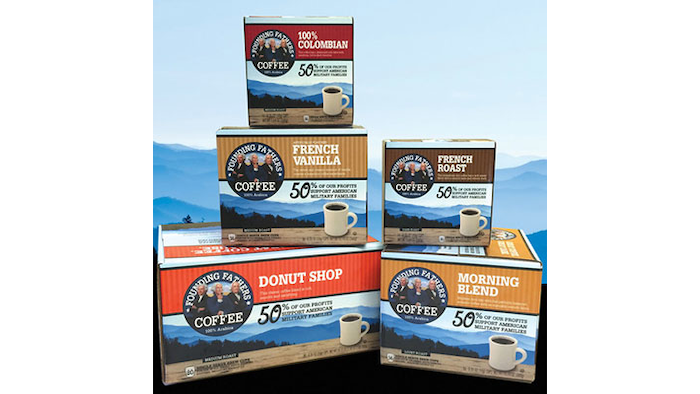 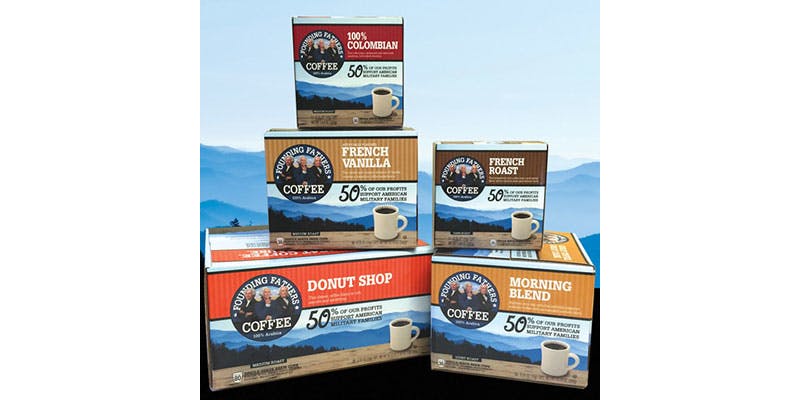 Founding Fathers Coffee enters the single serve coffee industry as it continues to grow in popularity.  In 2015, 27 percent of coffee drinkers owned a single cup brewing system and projections jump to 50 percent by 2020.  Single serve generated sales of $3.71 billion for the 52 weeks ending January 24, 2016.

Half of the profits from Founding Fathers Coffee will be donated to two organizations that support American military families. Beneficiaries include The American Legion, the largest veteran's service organization in the world, and Folds of Honor, a non-profit organization providing educational scholarships to the children and spouses of those fallen or disabled while serving our nation.

"I founded the company to produce superior American made products that support our American military families with what I consider to be a heroic level of giving," said Phil Knutsen, CEO.  "We hope Founding Fathers will become the coffee of choice for patriotic, main stream coffee drinkers."

Founding Fathers Products launched a premium American lager in 2011 that is now available in eight states.

Established in 2009 by Minnesota entrepreneur Phil Knutsen, the mission of Founding Fathers is to keep America strong one product at a time by providing the best American-made products aligned with the principles and values that made the United States the greatest country in the world. Founding Fathers Products will donate 50 percent of profits from the sale of its goods to support military troops and their families. For more information, visit www.foundingfathersproducts.com