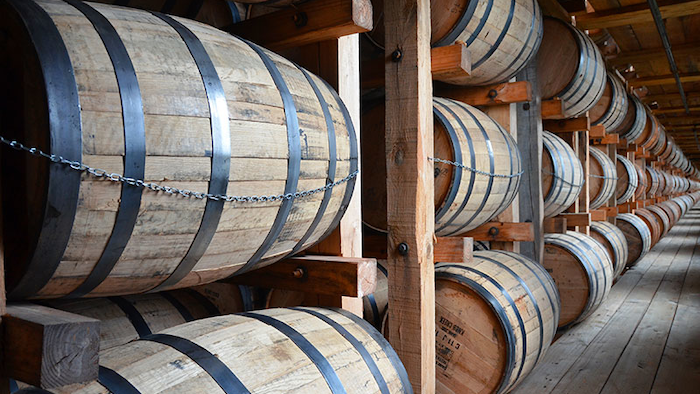 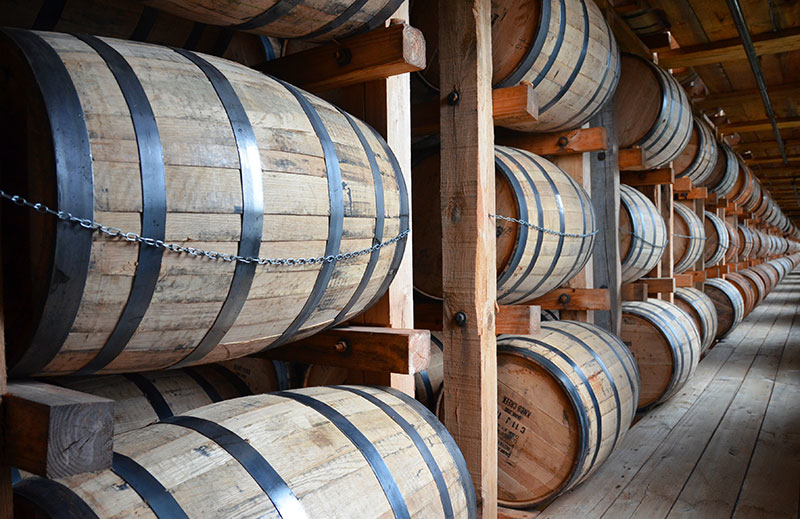 Combined U.S. revenues for bourbon, Tennessee whiskey and rye whiskey shot up 7.8 percent to $2.9 billion in 2015, up $210 million from the prior year, the Distilled Spirits Council said Tuesday.

"We're living the dream," Chris Morris, master distiller at Brown-Forman Corp., producer of Woodford Reserve and Old Forester bourbons, said in an interview. "We're hitting our numbers as we had predicted."

Bourbon and Tennessee whiskey revenues and volumes outpaced the overall distilled spirits sector, the council said in its annual report. Rye whiskey amounts to a sliver of those overall revenue and volume figures, but it's a fast-growing part of the segment.

The popularity of top-tier products spread across the whiskey category, with double-digit gains for super-premium Scotch, Canadian and Irish whiskeys as well, the council said.

The domestic numbers reflect sales from producers or suppliers to wholesalers.

Overall U.S. spirits exports have more than doubled in the past decade, from $743 million in 2005 to a projected $1.56 billion last year, the council said.

In the U.S., consumers increasingly are reaching for high-end premium and super-premium bourbons and Tennessee whiskeys. Those super-premium volumes rose 25.2 percent in 2015 and revenues were up 26.5 percent. Super-premium brands include Woodford Reserve, Knob Creek and Jack Daniel's Single Barrel.

In the next category, volumes for high-end premium products rose 6.8 percent and revenues were up 7.7 percent. Products include Jack Daniel's Tennessee Whiskey, Maker's Mark, Wild Turkey and Jim Beam Black.

Meanwhile, demand was slower among lower and moderately priced brands. Volumes for value products rose 4.8 percent and were down 2.6 percent for premium brands, the council said.

The cocktail resurgence has spurred growth in the super-premium category, as bartenders increasingly mix in top-tier brands, Morris said. The cocktail trend is catching on in overseas markets, which should be another boost for super-premium whiskeys, he said.

Clarkson Hine, a spokesman for Beam Suntory Inc., whose brands include Jim Beam and Maker's Mark, said demand for high-premium whiskeys was the "mega-trend" in the spirits industry last year. The bourbon sector is still catching up to other whiskeys in the category.

"Premiumization is a relatively young trend in bourbon compared to other categories like Scotch," he said. "So we see plenty of headroom for future growth."

In the heart of Kentucky bourbon country, liquor store owner Guthrie McKay said he can't get enough bottles of super-premium whiskeys to keep up with demand.

"Right now, they just have to catch up with demand someway, somehow," he said.

Kentucky bourbon makers have been stashing away their largest stockpiles in more than a generation to meet that demand.

The state's bourbon sector is in the midst of a $1.5 billion investment boom that could grow as demand increases, said Eric Gregory, president of the Kentucky Distillers' Association. The expansion includes new and expanded distilleries, warehouses, bottling operations and tourism centers.

"The golden age of bourbon is upon us, and Kentucky is reaping the benefits," he said.