U.S. consumer prices rose 0.2 percent in May, with surging gasoline costs driving much of the increase. 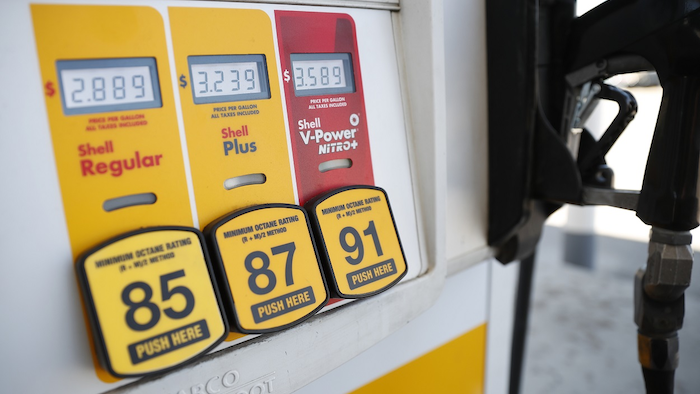 In this May 25, 2018, file photo prices for the three grades of gasoline light up the pump at a Shell station in southeast Denver. Image credit: AP Photo/David Zalubowski, File

U.S. consumer prices rose 0.2 percent in May, with surging gasoline costs driving much of the increase.

The Labor Department said Thursday that the consumer price index climbed 2.8 percent last month from a year earlier, putting inflation on its fastest annual pace since February 2012. But core prices — which exclude the volatile food and energy categories — have risen a milder 2.2 percent over the past 12 months.

Inflation remains relatively tame, although it has picked up sharply this year, in large part due to more expensive oil. Gasoline prices climbed 1.7 percent in May and jumped 21.8 percent from a year ago.

Americans are also paying more for housing: Shelter costs have risen 3.5 percent in the past year. And transportation services, which include auto repair and airfare, have increased 3.8 percent.

Yet the prices of commodities other than food and energy have fallen 0.3 percent in the past year. This slower growth in core prices likely means that the Federal Reserve will raise interest rates only gradually. Fed officials are expected to raise rates on Wednesday for the second time this year.

Should core inflation accelerate, the Fed might move to tighten credit more aggressively. The challenge would be to do so without slowing growth so much as to create a downturn.