3 Things to Watch for From the Federal Reserve on Wednesday

No one will likely be surprised by the announcement the Fed is set to make when its latest policy meeting ends Wednesday: That it's raising its key short-term interest rate for the second time this year. 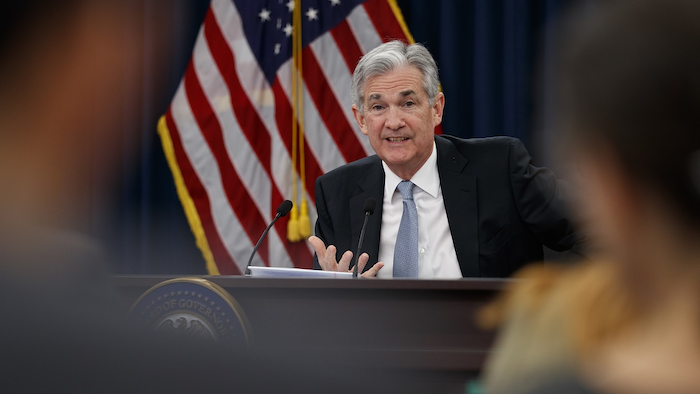 No one will likely be surprised by the announcement the Fed is set to make when its latest policy meeting ends Wednesday: That it's raising its key short-term interest rate for the second time this year.

Economists from the nation's largest securities firms were unanimous in an outlook released Monday that the Fed will raise its benchmark rate by a modest quarter-point to a range of 1.75 percent to 2 percent. The Fed's expected move reflects a U.S. economy that is still fundamentally healthy nine years into an expansion.

The rate increase will likely lead to somewhat higher rates on a variety of consumer and business loans over time. Savers, though, may eventually receive slightly higher yields.

Given the widespread expectation of a rate increase, analysts will be looking most keenly — in a Fed statement, in economic forecasts and in a news conference by Chairman Jerome Powell — for hints of how fast it may raise rates again in the coming months. They will also be assessing any observations from the Fed about the possible consequences of rising global trade tensions.

Here are three things to watch for after the Fed meeting ends Wednesday afternoon:

State of the Economy

Since the Fed last met in early May, most economic indicators have signaled steady strength. The nation's unemployment rate is at an 18-year low of 3.8 percent. Consumer spending has rebounded from a winter lull. Some analysts expect the economy's growth, as gauged by the gross domestic product, to achieve a brisk annual rate of up to 4 percent in the April-June quarter.

The Fed's policymakers are expected to factor that rosy expectation into the updated economic forecasts they will issue Wednesday. In their previous forecasts in March, the officials had not envisioned a jobless rate as low as the current 3.8 percent until year's end. The central bank will probably adjust its forecast for unemployment to account for the lower-than-expected current rate.

Fed watchers will also want to see whether the central bank lowers its estimate of what's often called the "natural" unemployment rate. This is the rate below which, the Fed calculates, the economy would likely overheat. The Fed now pegs this rate at 4.5 percent. If it adjusts down its estimate of the natural unemployment rate, it would mean the central bank is easing its view of how low unemployment could run in the long run without igniting high inflation.

The policymakers will also update their forecasts for economic growth and inflation. After six years of undershooting its 2 percent target for annual inflation, the Fed's preferred inflation gauge attained that level during March and April, the government reported. Economists will want to see if the Fed's new forecasts show a willingness to let inflation run temporarily above 2 percent, a change that would signal less urgency to raise rates.

Besides updating its economic forecasts, the Fed will reveal the anonymous projections of its individual board members and its 12 regional bank presidents of the pace of future rate increases. In March, the officials collectively projected a total of three rate hikes in 2018, matching the number in 2017, after one rate increase in 2015 and one in 2016.

Economists are divided on whether the Fed will stick with its plan to raise rates three times in 2018 or revise that forecast to four. The case for a slight acceleration in rate hikes would be to take account of faster economic growth expected this year, partly a result of increased consumer and business spending from the tax cut Congress enacted late last year.

The Fed is expected to repeat language used in its recent statements noting that future rate increases will be "gradual." Some analysts, though, think it could drop or modify a phrase suggesting that the Fed's benchmark rate may stay below its long-run level "for some time." Changing that phrase would be seen as indicating that the Fed is edging closer to its long-run target for its benchmark interest rate.

Last month, the Fed reported that businesses around the country had expressed concern about growing uncertainty over global trade. President Donald Trump has imposed tariffs on the imports of several countries in an effort to protect the U.S. steel and aluminum industries and he has threatened up to $150 billion in tariffs on Chinese goods.

China and the other nations have pledged to retaliate with their own tariffs on U.S. exports to their countries, thereby risking a tit-for-tat trade war that could dim prospects for the U.S. and global economies. In his news conference, Powell is sure to be asked about how the trade tensions could affect the U.S. economy and inflation.

Tariffs, which amount to a border tax that raises the price of imported goods, could elevate inflation. Some analysts say they think the Fed will decide to hold off on a fourth rate increase this year out of concern about a potential trade war involving the United States and its major trading partners.

Powell will also likely face questions about whether the Fed's policymakers might allow inflation to rise for a time above their 2 percent target and how comfortable they are to see the unemployment rate falling so far below the 4.5 percent level that the central bank has declared as its current estimate of the natural rate for long-term unemployment.