Consumer prices increased at a modest pace in February, underscoring that inflation pressures appear to be muted for now. 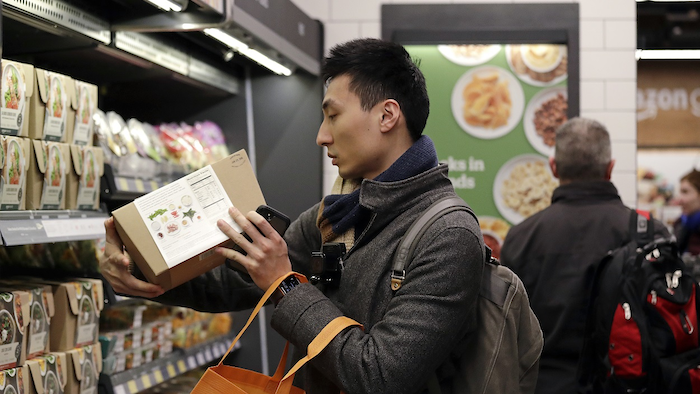 Consumer prices increased at a modest pace in February, underscoring that inflation pressures appear to be muted for now.

Inflation fears have intensified this year after a report last month suggested wages were rising more quickly, which can push up prices. Subsequent data have shown that hourly pay gains remain moderate. Sluggish pay increases have helped keep inflation dormant for most of the past decade.

Still, Tuesday's report suggests that inflation is slowly moving toward the Federal Reserve's 2 percent target. Core prices have risen at a 3.1 percent annual rate in the past three months, according to Capital Economics, the largest increase nine years.

And core inflation will likely jump next month because a sharp drop in the cost of cell phone services last year will fall out of the year-over-year data. Ian Shepherdson, chief economist at Pantheon Macroeconomics, estimates that could raise core price inflation to 2.1 percent in March from a year earlier.

The Federal Reserve wants to see inflation at roughly a 2 percent pace, as a hedge against deflation, which can bring down wages as well as prices. But the Fed's preferred inflation gauge has been almost entirely below that target for the past six years.

Next week, the Fed is widely expected to raise short-term interest rates for the sixth time since late 2015, when it started lifting rates from nearly zero. Fed policymakers have signaled they will hike rates three times this year.

Some investors and economists are forecasting the Fed may raise rates a fourth time if economic growth appears to be accelerating more quickly than Fed policymakers expected.

Last week's jobs report, which showed that employers added 313,000 jobs, the most in 1 1/2 years, indicated that such an acceleration may be happening.

"Overall, this report seals another interest rate hike from the Fed at next week's meeting and we continue to expect four hikes in total this year," Paul Ashworth, chief economist at Capital Economics, said.

Still, there were plenty of signs in the jobs report that inflation may remain tame. Hourly pay rose a modest 2.6 percent in February from a year earlier, down from a 2.8 percent gain the previous month. January's increase was also revised lower from 2.9 percent. It was the 2.9 percent figure that sent the stock market tumbling in early February over inflation fears.

The unemployment rate also remained 4.1 percent for the fourth month as nearly a million people flooded into the job market and most of them found jobs. They previously were on the sidelines, neither working nor looking for work. More people in the job market enables employers to fill jobs without necessarily having to boost pay, reducing inflation pressures.