Construction led the way in February in a month of powerful hiring for the U.S. economy. 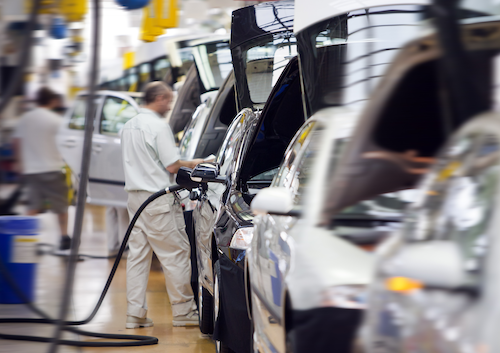 Construction led the way in February in a month of powerful hiring for the U.S. economy.

The sector added 61,000 jobs, the most in any month since 2007, before the Great Recession began. The gains came in part from builders and contractors working in both residential and commercial construction. Heavy and civil engineering companies also posted gains. Over the last 12 month, the sector has added a solid 254,000 jobs.

Retailers also delivered an impressive result, adding more than 50,000 jobs, the most in two years. The Labor Department cautioned that that gain might be slightly exaggerated because fewer people were laid off after the holiday shopping season than the government was expecting.

Nonetheless, the figure stands in contrast to a year earlier, when the retail sector was enduring deep job losses. The hiring in retail last month was led by clothing stores, home improvement and garden supply stores and general merchandise stores.

Manufacturing added 31,000 jobs, led by auto and auto parts, fabricated metal products and machinery. Financial services, which includes banking, insurance and real estate, added 28,000 jobs. That was the biggest such jump since 2005.