A Swiss-based company will open an aluminum smelter in the Missouri Bootheel region, creating up to 400 jobs in one of the state's most impoverished areas. 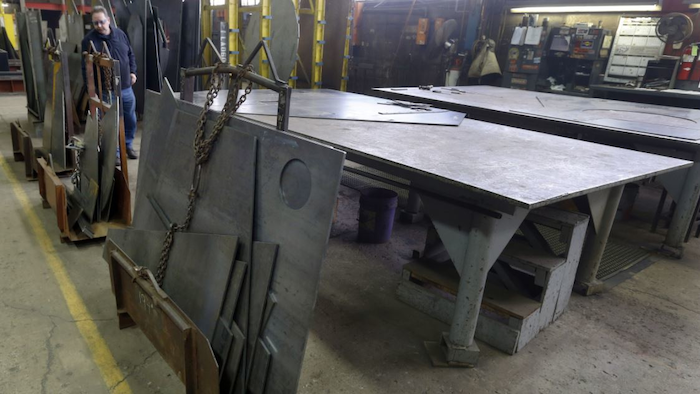 A Swiss-based company will open an aluminum smelter in the Missouri Bootheel region, creating up to 400 jobs in one of the state's most impoverished areas.

Gov. Eric Greitens, U.S. Rep. Jason Smith and other political leaders will announce details about the new Magnitude 7 Metals plant Friday in New Madrid County. It's not clear when the plant will open.

Smith said in a news release this week that the company is already hiring. The plant in southeastern Missouri will occupy the facility formerly operated by Noranda Aluminum, which closed after filing for bankruptcy two years ago.

Greitens' appearance comes as he faces an invasion of privacy indictment in St. Louis related to an affair he had with his hairdresser in March 2015, before he was elected governor. A Missouri House commission also is investigating the governor.

Greitens, a Republican, has denied criminal wrongdoing and pledged to continue governing. Since the indictment last month, his office has ramped up policy announcements and public appearances, although most of his visits across the state have not been widely publicized in advance.

About 900 jobs were lost when Noranda shut down in March 2016, a huge blow in New Madrid County, where 24 percent of residents live below the poverty line. Statewide, Missouri's poverty rate was 14.8 percent in 2015, according to census data.

Officials said the new plant also will benefit from steep tariffs on imported aluminum and steel that Trump announced Thursday. Smith said China had 10 percent of aluminum smelting in 2000, and 55 percent as of 2016.

State lawmakers in a special session last May approved a measure allowing large utility customers to negotiate lower electric rates. Power to the new plant will be supplied by Associated Electric Cooperative Inc., which does not require regulatory approval from the Missouri Public Service Commission because it is not an investor-owned utility. But Parker Briden, a spokesman for Greitens, said the bill passed last year "kept the project viable and moving forward."

Greitens said in November that the new law also proved beneficial when Nucor, the largest U.S. steel producer, announced it was opening a micro-mill in the Sedalia area, creating 250 jobs.