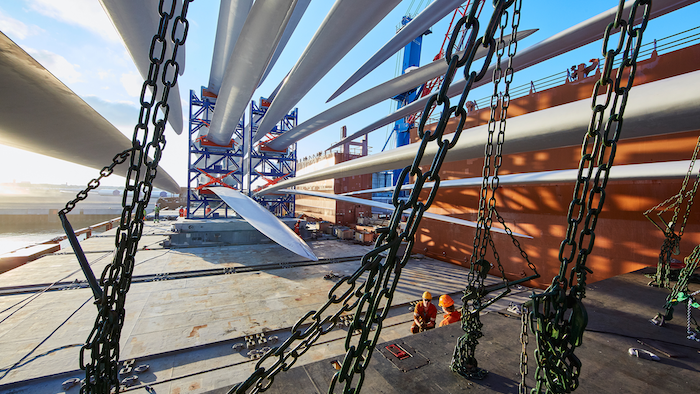 In December, five massive wind turbines began harnessing breezes whipping off the coast of Rhode Island. Each as tall as the Statue of Liberty, the turbines use 600-foot-long blades made by the Danish company LM Wind Power attached to a 6-megawatt Haliade generator made by GE Renewable Energy in France. Two months before they came online, GE said it would acquire LM Wind Power for $1.65 billion. The deal was just completed.

The Block Island wind farm, the first offshore farm in the U.S., isn’t large, but it’s a part of a global trend. Worldwide investment in renewable energy set a world record in 2015 at $286 billion. Half of all new power generation capacity came from renewables that year. International Energy estimates that renewables will be the primary power source within 25 years.

GE and LM Wind Power are on the leading edge of this trend. GE has shipped more than 30,000 wind turbines since entering the market 15 years ago. LM Wind Power builds rotor blades for the industry’s bread-and-butter 1.5- and 2-megawatt wind turbines, as well as 8-megawatt behemoths with rotors spanning 180 meters, or roughly the length of two football fields. It has factories in the U.S., Denmark, Spain, Poland, Canada, India, China and Brazil. About one in five of the world’s turbines use LM Wind Power blades. GE says the change of ownership won’t affect the blade maker’s business with non-GE customers. 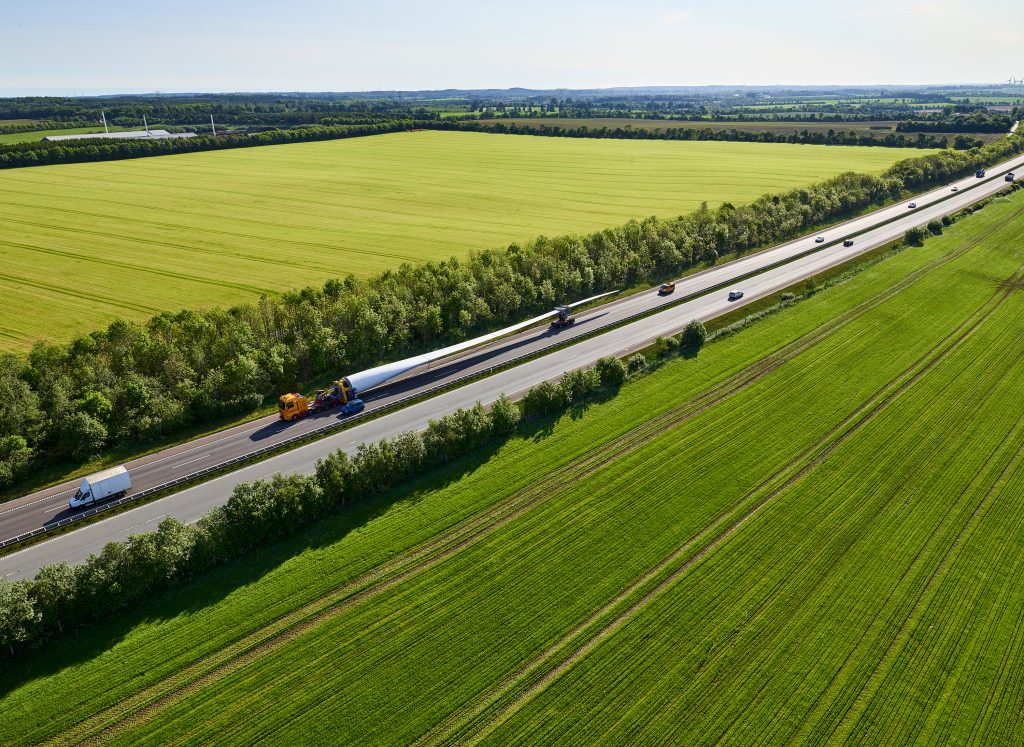 “With LM Wind Power, we’ll be local in more markets, have greater flexibility in turbine design and supply and increased ability to reduce product costs, all of which are good for competition in the industry and the growth of wind power,” said Jérôme Pécresse, president and CEO of GE Renewable Energy.

Until now, GE was the last major wind turbine maker without blade-production capability. By tightly integrating blade and turbine design, GE hopes to enhance the performance of its turbines, reduce the cost of energy and boost its $9 billion renewable energy business. That’s because longer blades can harvest more wind and make power cheaper.

LM Wind Power’s wind turbine blades made from a unique blend of carbon and glass fiber and other materials are the lightest in the world. At nearly 300 feet (88.4 meters), they are also the longest. These oversized blades for the 8MW turbine help the machine achieve the highest annual energy production (AEP) from an offshore wind turbine. Twenty-five years ago, the Danes were also the first to move wind power generation offshore, and LM Wind Power has been playing a key part. “Our hybrid technology is more cost effective than a full carbon blade and also much less sensitive to manufacturing defects, a key element to making a reliable blade,” said Marc de Jong, LM Wind Power’s CEO. “Our blades have been manufactured with sufficient quality and reliability to withstand a quarter-century offshore in the world’s harshest weather conditions and roughest seas.” 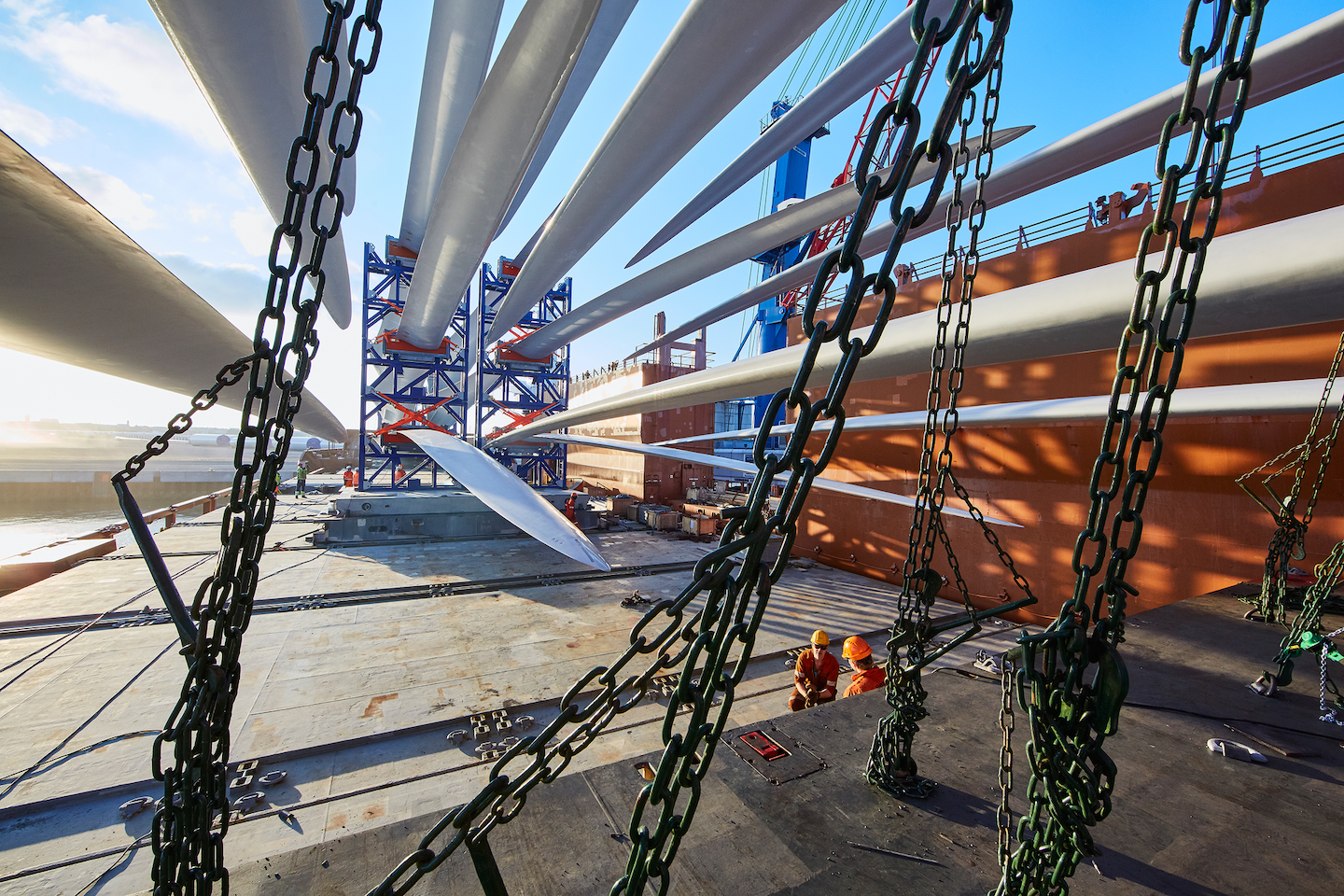 LM Wind Power has manufactured more than 185,000 blades since 1978, enabling 77 gigawatts of installed wind capacity. The company calculates that the turbines deliver an annual savings of more than 147 million tons of carbon dioxide. The company also holds 669 patents covering 160 separate inventions and generates as many as 27 new patent applications annually.

“The deal gives us the ability to integrate blade design and production into our wind turbine business, allowing us to compete better in the fastest-growing segment of power generation,” Pécresse said.

GE says its “digital wind farm” software and solutions can deliver as much as 20 percent more energy from existing wind farms. “Our goal ultimately is to deliver total wind farm packages that maximize electricity output while reducing the cost of electricity to each local region,” Pécresse said. “In doing so, we create more value for our customers, and thus more value for GE. We plan to integrate digital and advanced manufacturing technologies and expand in key wind growth areas including India, China, Brazil and Europe.”