A resilient China, rising commodity prices and sturdy financial markets are offering a sunnier outlook for the global economy. 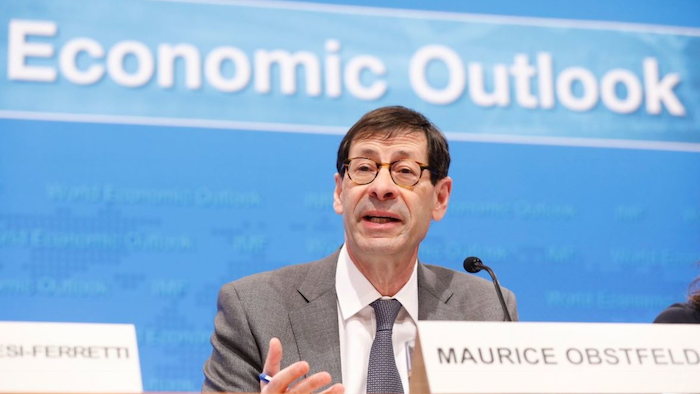 A resilient China, rising commodity prices and sturdy financial markets are offering a sunnier outlook for the global economy and helping dispel the gloom that has lingered since the Great Recession ended.

That's the picture sketched Tuesday by the International Monetary Fund, which predicts that the world economy will grow 3.5 percent this year, up from 3.1 percent in 2016. The IMF's latest outlook for 2017 is a slight upgrade from the 3.4 percent global growth it had forecast in January.

"Momentum in the global economy has been building since the middle of last year," the IMF's chief economist, Maurice Obstfeld, told reporters. But, he added, "We cannot be sure we are out of the woods."

The monetary fund's latest outlook for the economy comes in advance of spring meetings in Washington this week of the IMF, the World Bank and the Group of 20 major economies. The meetings come against the backdrop of a gradually strengthening international picture, especially in many emerging economies, despite resistance to free trade and political unrest in some countries.

For years after the 2008 financial crisis and the Great Recession ended, the global economy remained trapped in what the IMF's managing director, Christine Lagarde, termed "the New Mediocre." Banks were weak and reluctant to lend, and deeply indebted governments made growth-killing budget cuts.

Now, Lagarde and others say, the outlook is brightening. China's economy has steadied, thanks to government spending and an easy-money credit boom. Beijing said Monday that its economy grew at a 6.9 percent annual pace from January to March, the fastest in more than a year. Thanks in part to relief over China's prospects, global commodity prices have stabilized after plummeting from mid-2014 to early 2016.

Oil prices have surged nearly 40 percent in the past year, partly because oil-producing countries agreed to curb production.

The IMF does warn of downside risks to its optimistic forecast. They include "the threat of deepening geopolitical tensions," the possibility that rising U.S. interest rates will squeeze economic growth and rattle financial markets and the threat that protectionist measures will damage global trade.

Trump campaigned on an "America First" trade policy, vowing to brand China a currency manipulator and to renegotiate — or tear up — the North American Free Trade Agreement with Canada and Mexico. But Bob Baur, chief global economist at Principal Global Investors, noted that Trump has retreated from those threats: His administration declined last week to accuse China of undervaluing its currency. And so far, it has signaled unexpectedly modest goals for rewriting NAFTA.

So the risk that protectionist U.S. policies and trade disputes could disrupt global commerce has "diminished," Baur said.