Shipping Giant Hamburg Sud Could Be Up For Sale

The world's largest container shippers continue to endure a protracted slump amid sluggish global trade and an excess of capacity. 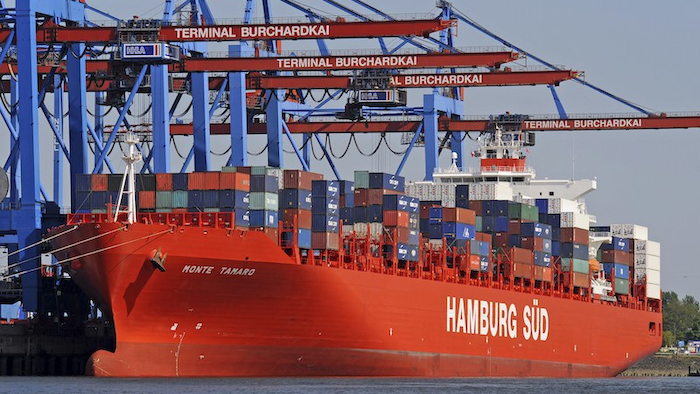 A German conglomerate is reportedly debating whether to put its massive ocean freight business up for sale as the global shipping industry continues to struggle.

The Wall Street Journal, citing sources familiar with the matter, reported that the family-owned Oetker Group could initiate the process of selling Hamburg Sud, the world's seventh largest container shipper, before the end of the year.

No final decision about a sale has been made, the paper noted.

The world's largest container shippers continue to endure a protracted slump amid sluggish global trade and an excess of capacity.

The Journal said that the top 12 operators in the industry were pushed into the red over the past two years and that most of the top 20 partnered with rivals in efforts to weather the problems. South Korea's Hanjin, formerly the world's seventh-largest shipper, declared bankruptcy this summer.

Hamburg Sud and Zim Integrated Shipping Services, based in Israel, are the only remaining independent shipping giants, the paper noted, but both could soon be on the block.

Maersk Line, Hapag-Lloyd and Cosco Group are considered possible suitors for Hamburg Sud, while Zim denied a Journal report in early November that it was looking to offload most of its global shipping operations.