This is just the second quarterly profit in the company's history. 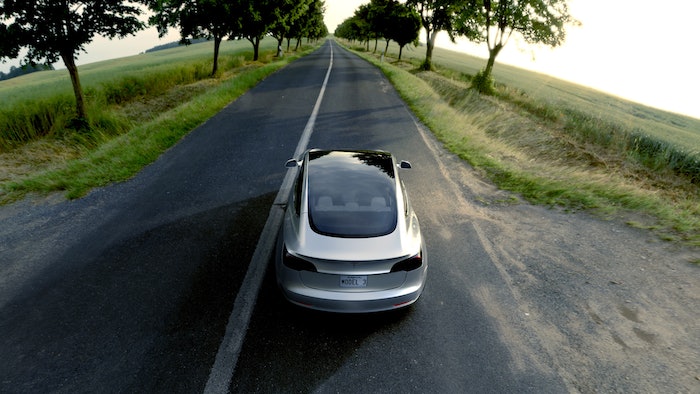 The announcement, The New York Times reports, was a surprise for investors ahead of a highly anticipated shareholder vote on Tesla's proposed merger with solar panel installer SolarCity.

“I’m very proud of the team for executing so well,” CEO Elon Musk said in a conference call, according to the Times. “It’s definitely one of the best moments in Tesla history.”

The electric vehicle manufacturer said that net income in the third quarter was $22 million and reported $176 million in positive free cash flow.

The company produced more than 25,000 vehicles between July and September — an increase of more than 90 percent compared to the same period in 2015 — while orders for its Model S sedan and Model X SUV jumped by nearly 70 percent over that span.

Tesla's battery systems enable storage of intermittent sources of renewable energy such as wind or solar, and Musk argued that its proposed $2.6 billion acquisition of SolarCity — run by Musk's cousins — would create a "one-stop" shop for solar energy systems.

Critics, however, questioned the combination of SolarCity's debt levels with Tesla, which long operated at losses as it built up its operations. The profit in the latest quarter, analysts said, should help quell some of those fears.

The third quarter results also provided optimism that Tesla will be able to meet Musk's ambitious vehicle production goals in coming years. The company is set to introduce a more economical electric vehicle, the Model 3, aimed at the mass car market next year.

Executives said the company remains on pace to deliver 50,000 vehicles in the second half of the year — despite weather and holiday-related challenges in the fourth quarter — but Musk wants to make 500,000 cars annually by 2018.

Embedded World brings together experts from all areas of research and fields of applications for embedded systems and distributed intelligence.
Jun 16th, 2022
Follow Us
Most Recent