Minicars continue to be a strong seller not only in Japan but also in other Asian nations such as Indonesia and Malaysia. 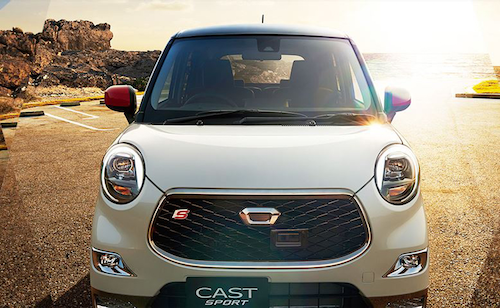 Toyota is planning to raise its half stake in minicar maker Daihatsu to full ownership, a move both sides said was aimed at becoming globally more competitive.

Toyota Motor Corp. said Friday that it will carry out a share exchange, to be completed in August. Toyota now owns 51.2 percent of Daihatsu Motor Co.

Daihatsu shareholders will get 0.26 Toyota shares for each Daihatsu share they own. More than 54 millionToyota shares are expected to be involved in the share exchange, the companies said, which values the deal at $3.2 billion based on Toyota's closing share price on Friday.

Both sides said the move will allow Toyota and Daihatsu to work more closely together and pool resources on future technologies, while maintaining their separate brands.

"This is an opportunity for us both to stop feeling that we need to go it alone, and trust each other to take full advantage of our respective strengths. In other words, we can now focus on our core competencies," ToyotaPresident Akio Toyoda said.

It needs shareholder support in a general meeting set for June.

Minicars continue to be a strong seller not only in Japan but other Asian nations such as Indonesia and Malaysia. In Japan, cars 3.4 meters (11 feet) or shorter in length with an engine size of 660 cc or smaller qualify for hefty tax breaks.

Daihatsu President Masanori Mitsui said the deal would secure the automaker's ability to grow in the long term.

The last day of stock market trading for Daihatsu is planned for July 26, and its delisting July 27.