Severe Sell-Off Does Not Slow Rise In Shares Of Gunmakers

Shares of companies that make guns surged as new data pointed to strong sales at the close of 2015, a year marked by mass shootings in Paris and California. 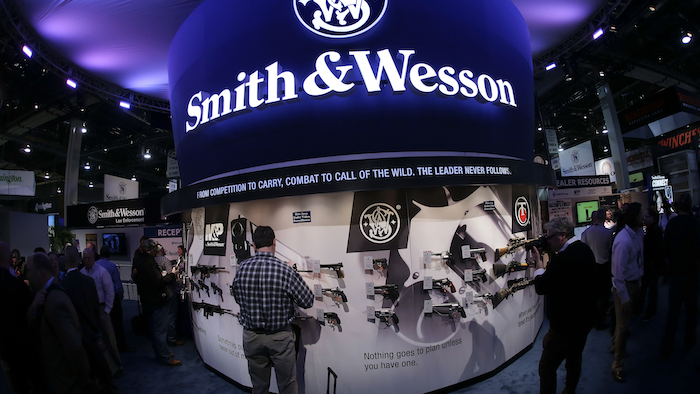 With all major markets in a severe sell-off Monday, shares of companies that make guns surged as new data pointed to strong sales at the close of 2015, a year marked by mass shootings in Paris and California, and new political pressure to tighten regulations.

"It's the biggest growth of the year," said Wedbush Securities analyst James Hardiman. "Probably safe to say gun sales were up a lot in the month of December."

The November attack in Paris that left more than 100 dead and another attack in San Bernardino, California, just two weeks later, killing 14, capped a year in which mass shootings came one after another.

An October attack at a community college in Oregon left 10 dead, four months after nine African-American church members were gunned during a Bible study group inside the Emanuel African Methodist Episcopal Church in Charleston, South Carolina.

Shares of Smith & Wesson Holding Corp. rose almost 6 percent Monday, one of the biggest percentage gains over the past year for the gunmaker. Its shares hit an all-time high two weeks ago.