US Manufacturing Output Rises For First Time In Three Months 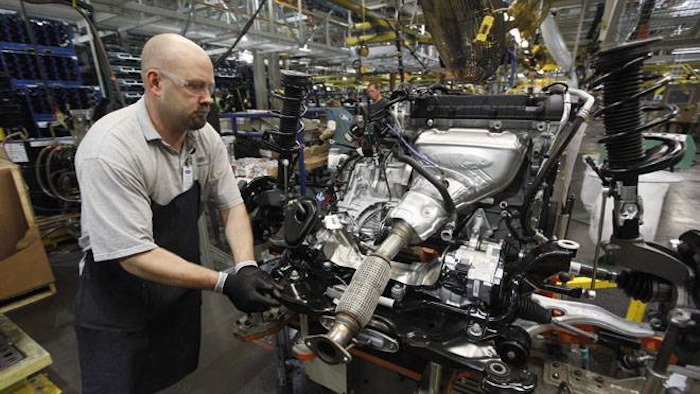 U.S. manufacturing output rose in October for the first time in three months as factories cranked out more steel, cars and computers.

The rise suggests that manufacturers may be overcoming several headwinds they have faced for most of this year. Many retailers and wholesalers have been cutting back on their stockpiles after ordering too many goods this winter. That has weighed on output. And the strong dollar has cut into exports by making U.S. goods more expensive overseas.

Steady consumer spending is likely helping offset those drags. Auto sales jumped 14 percent in October, putting the industry on track for what could be a record year. Ford Motor Co. estimates that total car sales may reach 17.4 million, slightly above the previous record of 17.35 million in 2001.

Many other sectors reported gains, including machinery, electrical equipment, and textiles.

Other data has also suggested factories may be picking up a bit. The Institute for Supply Management, a trade group of purchasing managers, said earlier this month that its measure of production in October rose for the first time since July.

And a gauge of new orders received by U.S. manufacturers rose strongly, the ISM said. That suggests output should keep rising in the coming months.