The Chinese central bank moves to cut interest rates for the sixth time in a year. 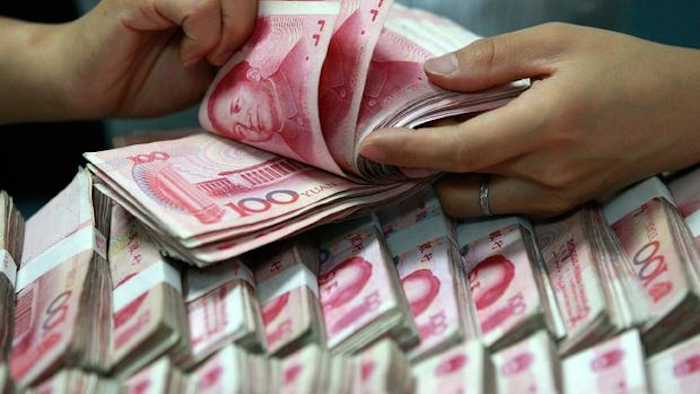 The Chinese central bank's move Friday to cut interest rates for a sixth time in a year reflects enduring concern about the world's second-largest economy.

It's also the latest signal of a major central bank's commitment to unusually low rates to try to spur economic growth. This week, the head of the European Central Bank made clear that the ECB is weighing further steps to ease borrowing rates.

And next week, the Federal Reserve is widely expected to hold its key rate near zero, where it's remained for seven years.

The announcement Friday of a rate cut by the People's Bank of China came after growth had slowed to a six-year low of 6.9 percent in the latest quarter, according to official figures, dragged down by weak global demand and Beijing's effort to reduce reliance on construction and heavy industry.

The central bank also increased the amount of money available for lending by reducing the level of reserves banks are required to hold.

"There still exists some downward pressure on China's economic growth," the People's Bank of China said in a statement. "We need to continue to use monetary policy tools to strengthen economic structural adjustment and create a good monetary and financial environment."

Most bank lending in China goes to government companies rather than to the entrepreneurs who generate most of the country's jobs and wealth. So the immediate impact of rate cuts is to lower financing costs for state industry.

Much of China's 5-year-old decline in economic growth is self-imposed. The ruling Communist Party is trying to steer the country to a more sustainable expansion based on domestic consumption instead of exports and investment.

But the unexpectedly sharp slowdown over the past year has sparked concern that growth was falling too abruptly, raising the danger of job losses and unrest. That prompted Communist leaders to start cutting interest rates in November and to launch mini-stimulus measures through higher spending on building public works.

Factory activity weakened in the latest quarter while retail sales growth accelerated in a positive sign for efforts to promote a consumer-led economy. Credit growth is picking up.

"Fears that the economy was rapidly decelerating seem to have receded," Mark Williams of Capital Economics said in a report.

"Admittedly, we're still waiting for clear evidence of an economic turnaround," Williams said. "Nonetheless, with more stimulus in the pipeline, we still believe the economy will look stronger soon."