All but two of the 24 states filing challenges are led by Republicans. 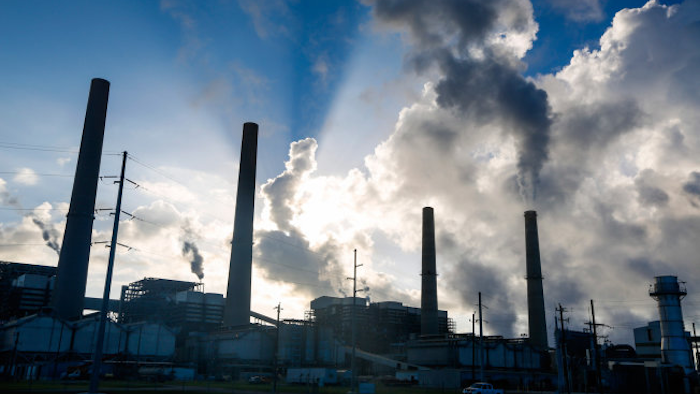 A flurry of lawsuits was expected at U.S. Court of Appeals as the Environmental Protection Agency published its final version of the new regulations. All but two of the 24 states filing challenges are led by Republicans. They deride the plan as an "unlawful power grab by Washington bureaucrats" that will kill coal mining jobs and drive up electricity costs.

"The Clean Power Plan is one of the most far-reaching energy regulations in this nation's history," said West Virginia Attorney General Patrick Morrisey, among those leading the challenges. "I have a responsibility to protect the lives of millions of working families, the elderly and the poor, from such illegal and unconscionable federal government actions."

The Obama administration and environmental groups counter that the rules are needed to cut carbon emissions while curbing the worst impacts of climate change and sea-level rise. They also say the plan will spur new clean-energy jobs.

The new rules would require states to cut carbon emissions by 30 percent by 2030. Each state has a customized target and is responsible for drawing up an effective plan to meet its goal.

"We expect polluters and their allies to throw everything they've got at the Clean Power Plan, and we expect them to fail," said Sierra Club Executive Director Michael Brune, among those defending the law. "The Clean Power Plan is based on a law passed by Congress, upheld by the Supreme Court, and demanded by the American people."

The EPA says it has authority to enact the plan under the Clean Air Act. At issue are dueling provisions added to the law by the House and Senate in 1990. The EPA says it wins under the Senate language, but opponents argue that the House version should prevail.

"EPA claims to have sweeping power to enact such regulations based on a rarely used provision of the Clean Air Act, but such legal authority simply does not exist," Morrisey said.

EPA already regulates other power-plant pollutants under a different section of the Clean Air Act, and the opponents claim the law prohibits "double regulation."

Morrisey said he will seek a stay barring the plan from taking effect while the court challenges proceed, a question that will likely be up to the Supreme Court.

Members of Congress from coal-mining states also said Friday they will introduce new legislation aimed at blocking the EPA from enforcing the plan.

On the other side, 15 states and the District of Columbia say they are backing the Obama administration and will begin working to comply with the new rules.

Under the Clean Air Act, certain challenges to agency rules skip the federal district court and go directly to the appeals court in Washington, D.C.