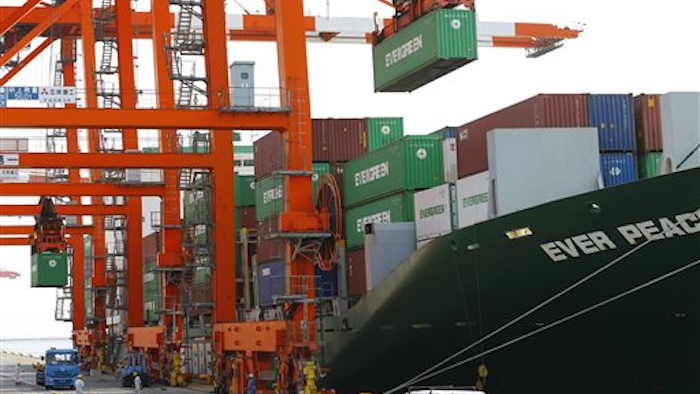 Japan's trade balance has improved with the fall in prices of crude oil and other fuels. In September, imports of oil, gas and coal fell 36 percent from the year before.

Many economists had forecast that the trade balance would be in positive territory for the month, but the slowdown in China has hindered a recovery in exports, adding to pressure on Japan's central bank to expand monetary stimulus to help revive growth.

Surveys of manufacturers suggest "export volumes will continue to fall in coming months," he said in a commentary.