The separation of the businesses is expected to be complete by the end of next year. 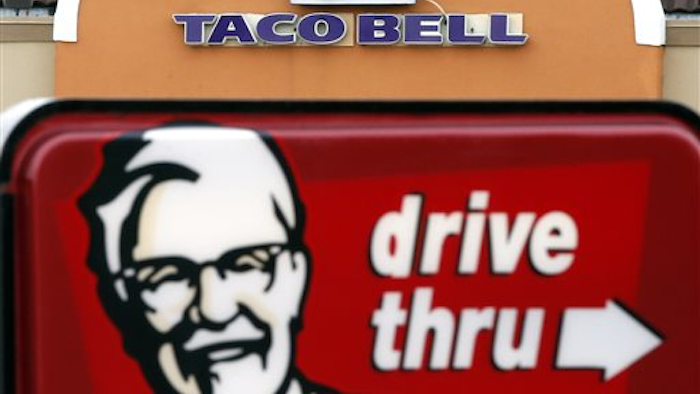 The owner of KFC, Pizza Hut and Taco Bell plans to spin off its China business into a separate, publicly traded company.

Yum Brands has had trouble with its China business. Earlier this month the Louisville, Kentucky-based company cut its profit outlook for the year, citing a slower-than-expected comeback for its China division. In the latest quarter, Yum Brands reported that sales in China rose just 2 percent at established locations.

Yum has been trying to win back customers after negative publicity stemming from food supply controversies. The company has said that part of the difficulties in China are due to a mix of external factors, such as the Chinese economy, as well as internal issues, such as the execution of marketing for Pizza Hut.

The announcement of the planned split comes just five days after Yum Brands named activist investor Keith Meister to its board. Meister is the founder and managing partner of Corvex Management, one of Yum's largest shareholders with nearly 5 percent of the company's common stock. Meister previously said that he'd been in a "constructive dialogue" with Yum's board and management over the past several months.

News of Yum's separation plan come as not much of a surprise, given the problems in China and the fact that the company had said just days ago that it was close to completing a review of its strategic options, including potential changes to its corporate structure.

The remaining Yum Brands business will concentrate part of its efforts on becoming more of a franchisor, with the goal of having at least 95 percent of its restaurants owned and operated by franchisees by the end of 2017. Yum China will be Yum Brands' biggest franchisee and will operate under a franchise agreement. Yum Brands currently has more than 41,000 restaurants globally.

Yum Brands had $6.3 billion in annual revenue in 2014, excluding China.

The separation of the businesses is expected to be complete by the end of next year. It still needs final approval from the Yum Brands' board.

Micky Pant, who was named CEO of the China business in August, will remain in that role after the separation is complete. Greg Creed will continue as CEO of Yum Brands.