Iron Range operations are already running below capacity due to the slumping steel market. 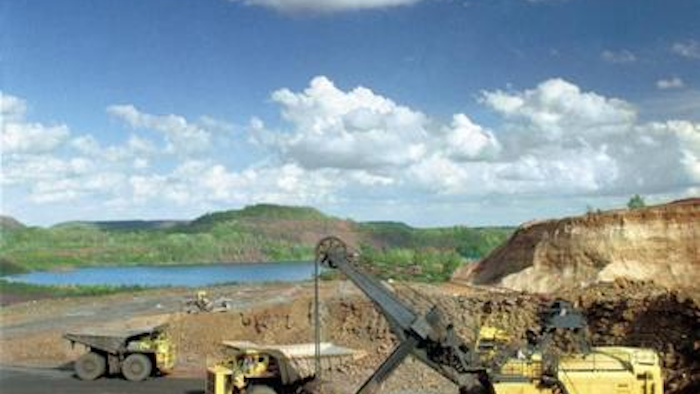 The chief executive of Cliffs Natural Resources Inc. has threatened to permanently close one of his operations on Minnesota's Iron Range if an Essar Steel taconite plant under construction in Nashwauk goes into production, according to a report published Sunday.

"If they go online, I will shut down a plant up there the same day," Lourenco Goncalves told the Mesabi Daily News. "We have fully planned for the worst case scenario."

Essar Minnesota CEO Madhu Vuppuluri told the newspaper he was very saddened to hear that. Business leaders shouldn't speak so casually about something that could have such a serious impact on their employees and Iron Range communities, he said.

"One more plant should not be the basis of whether to decide to keep another operation open or not. You should look at ways and means to keep operations going and to be creative to make operations better and to compete more effectively," Vuppuluri said.

The $1.9 billion Essar project is scheduled to begin producing taconite pellets in the second half of 2016. It's designed to produce 7 million tons of pellets annually at a time when existing Iron Range operations are already running below capacity due to the slumping steel market, which has cut demand for iron ore.

Cleveland-based Cliffs owns and operates United Taconite in Eveleth and Forbes, and Northshore Mining's mine in Babbitt and processing plant in Silver Bay, and it manages Hibbing Taconite. United Taconite is currently idled, with only about 30 of its 420 workers on the job.

India-based Essar Steel has received about $72 million in state subsidies that were approved back when the company also planned to build a steel mill on the Range, a plan later scrapped because of market conditions. The company is negotiating a repayment plan.

"They are not paying back what are subsidies to build their taconite plant. For iron ore, it's like illegally subsidized foreign steel coming into the country," Goncalves said.

Another point of friction involves Cliffs' recent decision to end its supply agreement with the Essar Steel Algoma mill in Sault Ste. Marie, Ontario, a contract dispute that has landed in court.

Vuppuluri said Essar is "very close" to securing funds to finish construction in Nashwauk There currently are more than 700 construction workers on site there and about 125 permanent Essar employees at work in Hibbing and Nashwauk.

"We should all be celebrating what is being done with the project," Vuppuluri said.