This jump is the biggest advance since a 1 percent rise last July. 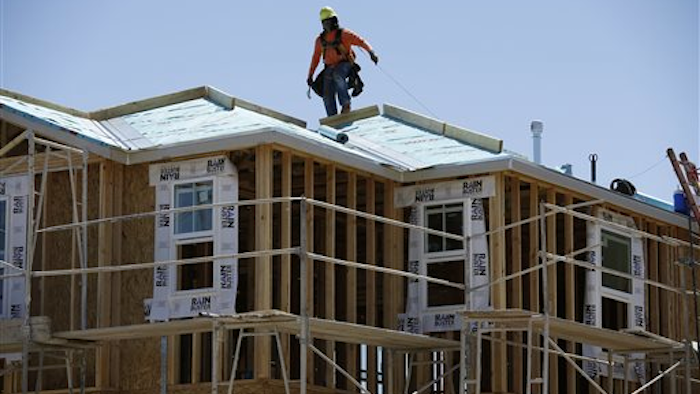 An index designed to predict the future health of the economy rose in April by the largest amount in nine months, a sign that the economy is beginning to accelerate from a sharp slowdown during the winter.

The Conference Board said Thursday that its index of leading indicators rose 0.7 percent last month, the biggest advance since a 1 percent rise last July. The March increase was also revised up to show a 0.4 percent gain, better than the initial 0.2 percent estimate. Those two gains followed a decline of 0.2 percent in February.

Economists at the Conference Board say that the solid rebound in April is evidence that the paltry economic performance during the first quarter should be a temporary slowdown.

But they cautioned that the pickup in activity could be moderate given that the April surge in the index was driven by a big jump in applications for building permits while other components of the index showed more modest increases.

Seven of the 10 forward-pointing indicators that make up the index showed strength in April with the largest boost coming from the surge in building permits followed by changes in interest rates.

An index of factory orders declined while average weekly manufacturing hours and new orders for consumer goods were unchanged in April.

The economy, as measured by the gross domestic product, grew by a meager 0.2 percent in the January-March quarter, according to the government's initial estimate. But many private economists believe growth will be rebound in the current April-June quarter to around 2 percent.

"The main message being flashed by the leading economic index is that the winter economic slump is likely to prove temporary with better data-flow likely in the months immediately ahead," said Joshua Shapiro, chief U.S. economist at MFR Inc.