An opponent of trade legislation, he is seeking a provision supporting U.S. manufacturing. 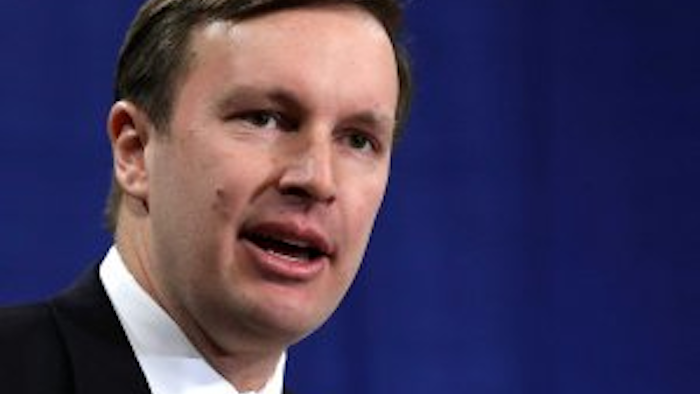 U.S. Sen. Chris Murphy, an opponent of trade legislation now before the Senate, is seeking to change it to include a provision supporting U.S. manufacturing.

The Connecticut Democrat has offered an amendment to prohibit federal agencies from waiving requirements that they purchase goods manufactured in the U.S. if an American company can produce the same item at a competitive price, or if a waiver to that requirement would cause a U.S. company to close.

Loopholes allow agencies to exploit waivers, hurting U.S. manufacturers, Murphy said. For example, the Department of Defense granted 1,173 waivers and as much as $475 million for goods manufactured overseas in 2013, he said.

The trade deal between the U.S. and 11 other Pacific nations is a priority of President Barack Obama, who wants "fast track" authority to submit trade agreements to Congress for up-or-down votes without amendments.

"We're giving away our power to amend a major trade obligation of the United States government," Murphy said in a Senate speech Tuesday. "Let's have a debate about the consequences of that with respect to American companies."

The loss of manufacturing jobs in Connecticut is a sharp political issue. The number of jobs has dropped by nearly 50 percent, to about 160,000 in March from 306,000 in 1990, according to the U.S. Department of Labor.

Connecticut's all-Democratic congressional delegation must choose between backing constituents such as organized labor that oppose the Pacific trade deal or support the president who leads their party.

Rep. Jim Himes said he has not yet decided how he'll vote. The issue is more complicated than opponents claim, said the congressman, whose district in southwestern Connecticut includes such diverse municipalities as wealthy Greenwich and gritty neighborhoods of Bridgeport, once a major manufacturing center.

The decline in manufacturing jobs is due to factors other than trade deals, Himes said. He cited high productivity among U.S. workers and computerized manufacturing that have contributed to job cuts.

In addition, many jobs have been lost to countries that do not have trade agreements with the U.S., he said. And job losses blamed on globalization — the growing connections between national markets around the world that quickly relocate capital and find less costly labor — don't necessarily have anything to do with trade agreements, Himes said.

"There's a great deal of complexity here," he said.

Nationally, manufacturing jobs have increased to 12.3 million in March from 11.5 million in 2010 following a decline since 2001, according to the Labor Department —

Murphy said he will likely vote against the fast-track measure, even if his amendment is adopted.

"It's highly unlikely there will be enough amendments that I'll vote for this bill," he said.