Snack food manufacturer Calbee North America will set up a factory in a former BMW warehouse in Senatobia, Mississippi. Officials say the company will invest $51.1 million and will create 254 jobs over the next five years, with 67 to be hired in the first year. Workers will make... 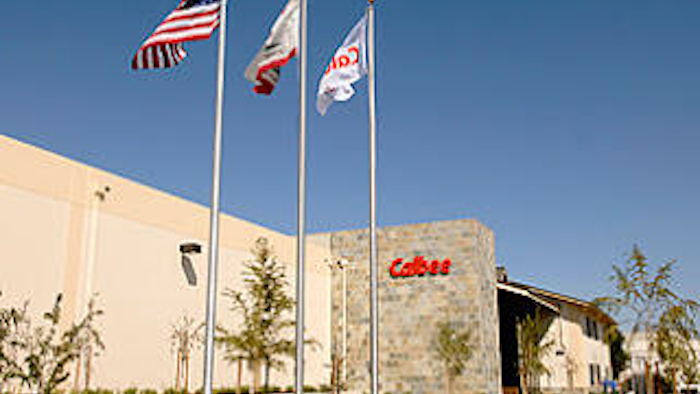 Snack food manufacturer Calbee North America will set up a factory in a former BMW warehouse in Senatobia, Mississippi.

Officials say the company will invest $51.1 million and will create 254 jobs over the next five years, with 67 to be hired in the first year. Workers will make more than $40,000 a year, on average.

"We've enjoyed tremendous growth, and this site will address not only our current need but the needed growth for years to come," Jensen said.

The company will get $350,000 from the Mississippi Development Authority, Senatobia and Tate County to extend a railroad spur onto the property and make other improvements. MDA will give $225,000. Senatobia and Tate County will jointly borrow $100,000 from MDA, which they will contribute and pay back. The city and county will each give another $12,500.

"We love their plans for hiring our citizens and we see potential for their future expansion," Mike Campbell, president of the Tate County Board of Supervisors, said in a statement.

Calbee North America is a joint venture of Calbee, Inc. of Tokyo, Japan and R.D. Offutt of Fargo, North Dakota. The company began selling its Saya and Shrimp Chips brands in the early 1970s. Other Calbee snack food brands include Harvest Snaps, Jagabee and potato chips

BMW originally occupied the 200,000-square-foot building constructed in 2000, until it consolidated its distribution facilities elsewhere. The structure was purchased earlier this year by Hollingsworth Cos. of Clinton, Tennessee, an industrial real estate firm that specializes in locating companies in rural areas and small cities in the South. Calbee will buy the building from Hollingsworth.