The European Union's competition authority on Tuesday opened an investigation into Amazon's corporate income tax practices on suspicion the online retailer is benefiting from an illegal rebate to stash away most of its profits made ... 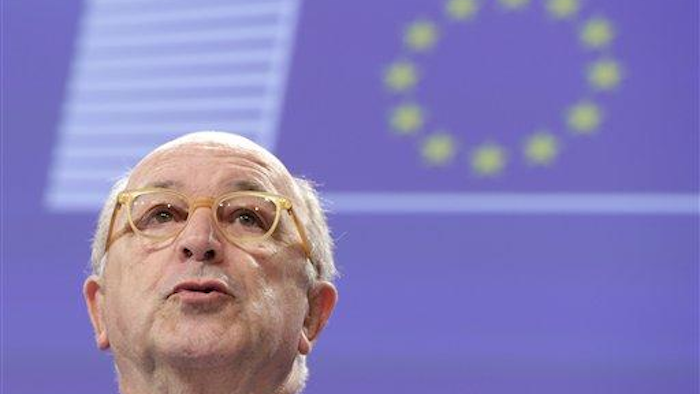 The European Union's competition authority on Tuesday opened an investigation into Amazon's corporate income tax practices on suspicion the online retailer is benefiting from an illegal rebate to stash away most of its profits made in the 28-nation bloc.

The move is part of a wider crackdown on multinational firms' ability to avoid taxes by shifting profits and costs between countries. Apple Inc., coffee chain Starbucks, and the financial arm of carmaker Fiat are also under investigation.

In Amazon's case, the EU is probing whether a 2003 tax agreement struck between the company and the government of Luxembourg — where Amazon records most of its European profits — is a way to avoid taxes and constitutes illegal state aid, distorting competition.

If the bloc's executive Commission were to rule against Amazon in the coming months, the Seattle, Washington-based company would likely have to repay taxes for its European operations, its biggest overseas market.

Amazon registers its profits from across the EU at its unit in Luxembourg, Amazon EU Sarl. That unit's profits are greatly reduced by making royalty payments to another Luxembourg-based Amazon entity, which is not subject to corporate taxation.

That has attracted the Commission's attention: "As a result, most European profits of Amazon are recorded in Luxembourg but are not taxed in Luxembourg," it said.

EU Competition Commissioner Joaquin Almunia told reporters in Brussels the EU suspects the royalty payments are not in line with fair market rules and are exaggerated so as to avoid taxation.

The Commission provided no estimate of the amount of taxes Amazon saved through the arrangement.

Luxembourg rejected the Commission's allegations as "unsubstantiated." Its finance ministry said "no special tax treatment or advantage has been awarded to Amazon."

The tiny landlocked country of some 500,000 people has over the past decades become one of the world's wealthiest nations by attracting financial firms and large corporations by offering banking secrecy and favorable taxation.

Luxembourg long resisted the EU Commission's demand to submit tax information on Amazon and other cases, but the government lost a court battle against Brussels and eventually head to hand over the information.