President Barack Obama is putting a manufacturing focus on his revived economic message, calling attention to industrial gains that have helped restore some higher-wage jobs during the recovery from the Great Recession. Obama was to visit a steel manufacturer Friday in Princeton, Indiana, as part... 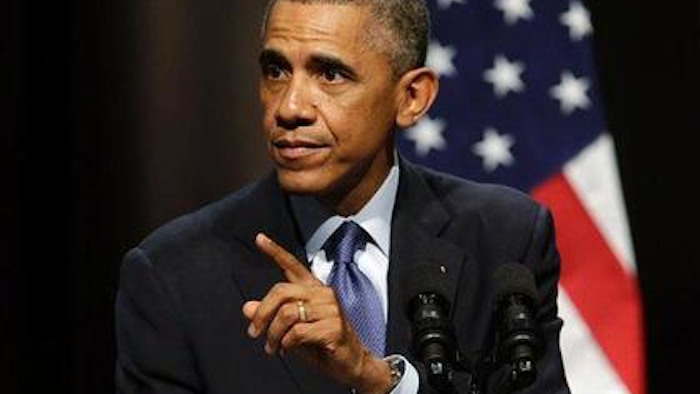 President Barack Obama is putting a manufacturing focus on his revived economic message, calling attention to industrial gains that have helped restore some higher-wage jobs during the recovery from the Great Recession.

Obama was to visit a steel manufacturer Friday in Princeton, Indiana, as part of a new fall political campaign push to promote his pocketbook policies and to claim credit for the upturn in the economy.

The visit falls on the third annual observance of National Manufacturing Day. It comes a day after Obama called the November elections a referendum on his economic policies. It also comes on the same day that the government announces new unemployment figures for September.

WHAT IS THE STATE OF MANUFACTURING IN THE U.S?

The U.S. economy has created 700,000 manufacturing jobs since its low point of 11.45 million jobs in February 2010. Manufacturing jobs are considered crucial because they tend to be higher paying than many of the jobs created during the recovery. Many industry advocates side with the Obama administration on issues such as overhauling immigration laws and spending more on infrastructure projects but criticize some of his environmental regulatory measures as too onerous.

The manufacturing sector is nowhere near where it was at its peak in 1979 and early 1980 when it accounted for more than 19 million jobs. Between 2000 and the beginning of 2009, the sector lost nearly 5 million jobs.

WHY THIS STEEL PLANT?

Millennium Steel Services is a minority-owned company created in 2001 as a joint venture with Toyota to supply automotive grade steel sheets to the automaker's Indiana plant and to other auto parts makers. Millennium helps Obama illustrate his case that in helping rescue General Motors and Chrysler, he also buttressed the broader auto industry and its ancillary industries. Obama plans to hold a town hall-styled question and answer session with company employees where he is sure to tout efforts by the administration to create manufacturing hubs and innovation institutes.

The president is promoting pocketbook issues as the campaign for congressional elections enters its final month. Obama is walking a fine line between bullish assurances that the recovery is real and acknowledgement that millions of Americans are still jobless or underemployed and not benefiting from the economic gains. In a speech Thursday at Northwestern University he said that while he is not running for re-election, the policies he has promoted will be tested on Election Day. "These policies are on the ballot, every single one of them," he said.

WHAT ARE FRIDAY'S JOBS NUMBERS SUPPOSED TO SHOW?

Because Obama gets a preview of the unemployment picture the day before the figures are released, he will already know how well September fared when he wakes up Friday. The rest of the country will have to wait until 8:30 a.m. EDT for the data. In August, employers added 142,000 jobs, ending a six-month streak of monthly jobs gains of 200,000 or more. The national unemployment rate in August was 6.1 percent. Economists predict September jobs data will show a rebound to about 215,000. A separate report released Wednesday by payroll processer ADP said private employers added 213,000 jobs in September.