Most visitors to Wyoming's Grand Teton National Park are drawn to the peak that gave the park its name — a 13,776-foot monolith that dominates the sweeping skyline. But for the economists and central bankers ... 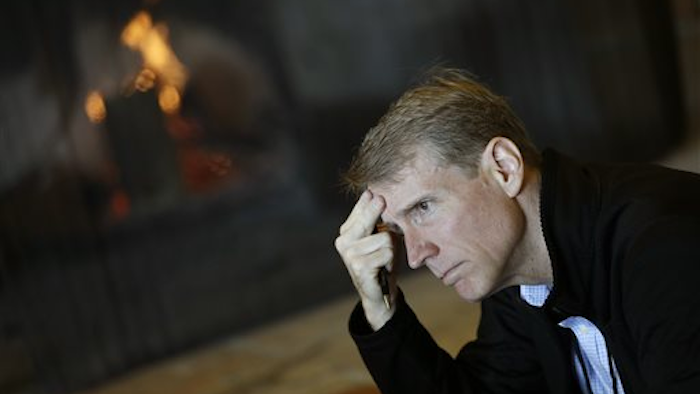 Most visitors to Wyoming's Grand Teton National Park are drawn to the peak that gave the park its name — a 13,776-foot monolith that dominates the sweeping skyline.

But for the economists and central bankers who gathered in a lodge here for the past three days, attention fell on a more mundane but consequential matter: the often conflicting relationship between unemployment and inflation. How, they argued, should central banks manage their control of interest rates to strengthen job markets without igniting inflation?

The Federal Reserve's annual conference opened with Chair Janet Yellen suggesting that the U.S. economy, the world's biggest, still needs help in the form of ultra-low rates and that U.S. inflation has yet to become a problem. Though unemployment is down, Yellen said other gauges of the job market appear less than healthy. These include tepid pay growth; many people jobless for more than six months; millions of part-timers who want full-time work; and many people without jobs who have stopped looking for one.

Yet the Fed is under rising pressure from inflationary "hawks" to start raising rates or risk having inflation veer out of control. Their critics, the "doves," who worry more about a still-subpar job market, say it's too soon to act.

Here are excerpts from Associated Press interviews with attendees at the conference about the friction between inflation and the job market — and whether Yellen is striking the right balance.

"I wish the Fed would be more explicit about being concerned about inflation. They were slow to communicate about inflation. Yellen gave a speech at the (International Monetary Fund) a few weeks ago in which she acknowledged that there were risks of financial instabilities but said that's not going to change our monetary policy.

"My sense is there's probably more inflation in the pipeline and closer (than Yellen thinks).

"Her eyes are on the underutilized labor resources. She'd like to be able to continue to bring that down.

"We may see inflation sooner than she thinks we're going to see, and I think if that happens, then I think they'll move the date (to raise rates) forward."

"I think (the Fed is) still thinking too much in the framework of, 'We're waiting for inflation.' I think they have to re-configure this. The cost of unemployment has gone up, and so in making that choice between whether I raise interest rates to stir the economy or whether I pursue full employment, we just have to say: 'You know what? Inflation doesn't cost as much as unemployment.'

"(Yellen) is forcing them to be nuanced, so they can't get out of talking about this in a more nuanced way.

"This is real damage to real people. You have to factor that cost. This is not free."

"I think the Fed should be raising rates in early 2015. With the labor market correcting, the Fed risks financial imbalances by delaying. You're starting to see a debate inside the system on whether that is right.

"A lot of people have left the labor force and not come back. I agree with the problem, with the concern. I don't think it's the Fed's problem. It's the government's problem — regulations, tax policy.

"It's time for fiscal policy to get involved, but the president and Congress don't seem to be able to do anything."

"Inflation is a slow-moving process. This image some people try to push that the thing is like a jack-in-a-box, and it's going to spring up — it just doesn't work that way.

"If they get the notion that, 'Oh, well, we'll probably go up again on interest rates in December,' but then December rolls around and that looks like it's a dumb thing to do, then they're not going to do it.

"Suppose that they start liftoff, they raise interest rates and they're starting to normalize monetary policy and inflation starts falling and unemployment starts rising. They can turn it off. They will have many opportunities."